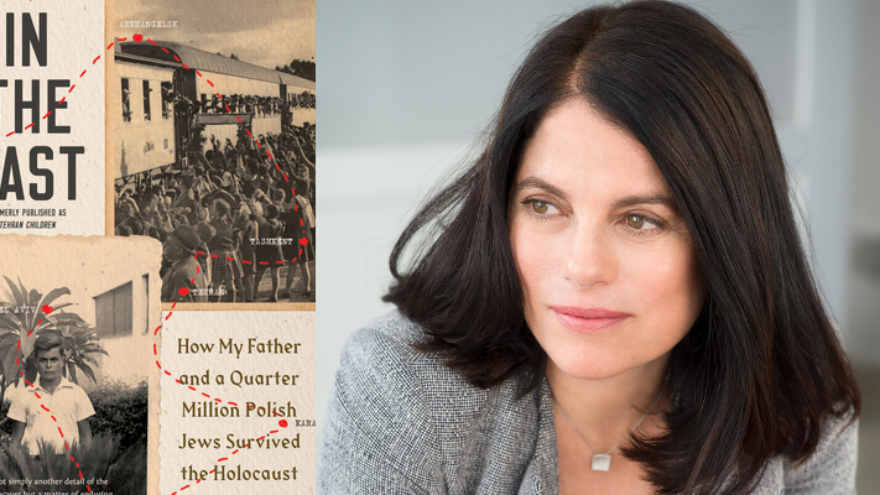 (May 19, 2022 / JNS) It’s a piece of the Holocaust that even scholars misunderstand, or neglect altogether. And it’s a story unknown even to the descendants of a quarter-million Holocaust survivors.

The United Nations Holocaust Outreach Programme hosted author and academic Mikhal Dekel on May 11 to discuss her book, In the East: How My Father and a Quarter Million Polish Jews Survived the Holocaust, a finalist for the Sami Rohr Prize for Jewish Literature, the National Jewish Book Award and the Chautauqua Prize. Dekel’s book—part-historical, part-memoir—presents a unique narrative about the Polish refugees fleeing the terror of the Holocaust en route to the Soviet Central Asian Republics and the Middle East.

Investigating her late father’s mysterious identity as a “Tehran Child,” Dekel delved deep into rare Soviet archives previously unavailable to Western scholars, charting the path of Holocaust refugees to Siberia, Uzbekistan and Tehran, where her father and aunt were among those who survived the war.

Why do the Russians insist that they are de-Nazifying Ukraine? How can Ukraine’s president lecture Israel’s parliament that his country aided the Jews during the Holocaust? According to Dekel, it revolves around a Soviet perspective of the Holocaust that has little to nothing to do with Jews.

JNS chatted with her to understand what has eluded even dedicated students of the Holocaust.

Q: How was your webinar with the United Nations?

A: A webinar is very strange because you don’t see the audience; you don’t know who is there. And the only other person I saw was my interlocutor. So, you don’t have any energy from the audience. From what I heard, from what people wrote me and also from the United Nations itself, I think it went well.

Q: What kind of questions do you get when discussing your book?

A: First of all, factual questions about the what, when, where, how, why. There were Holocaust survivors in Tehran? In Kazakhstan? So, people are very shocked and confused, and it’s across the board. It’s really extraordinary. Even scholars and people who studied this don’t really understand the details. Secondly, these (discussions) are for people who just don’t have any relationship to the story. So, for instance, people who are children of survivors. I get many, many emails asking very specific questions, saying something like, ‘I knew that my parent was in some gulag but you know, I don’t really understand the story or how did they get to Iran.’ Questions about research and how to help them find more information.

From the United Nations, there comes a lot of the questions are about the refugee aspect, although I always like to emphasize that it’s a story of refugees within a genocide. So, it’s not just a story of refugees. But that’s an aspect that people always ask me how relevant it is for today’s refugee crisis and whether we can learn anything from it, and whether I’m willing to talk about the past and the present in the same breath. Questions about the global history of the Holocaust, which we’re not used to thinking about in this way. We’re used to this kind of Nazi occupation of Europe, but this is a story that spans completely different territories, and it has to do with the Soviet Empire and with the British Empire. I get these kinds of questions; it depends on the audience. 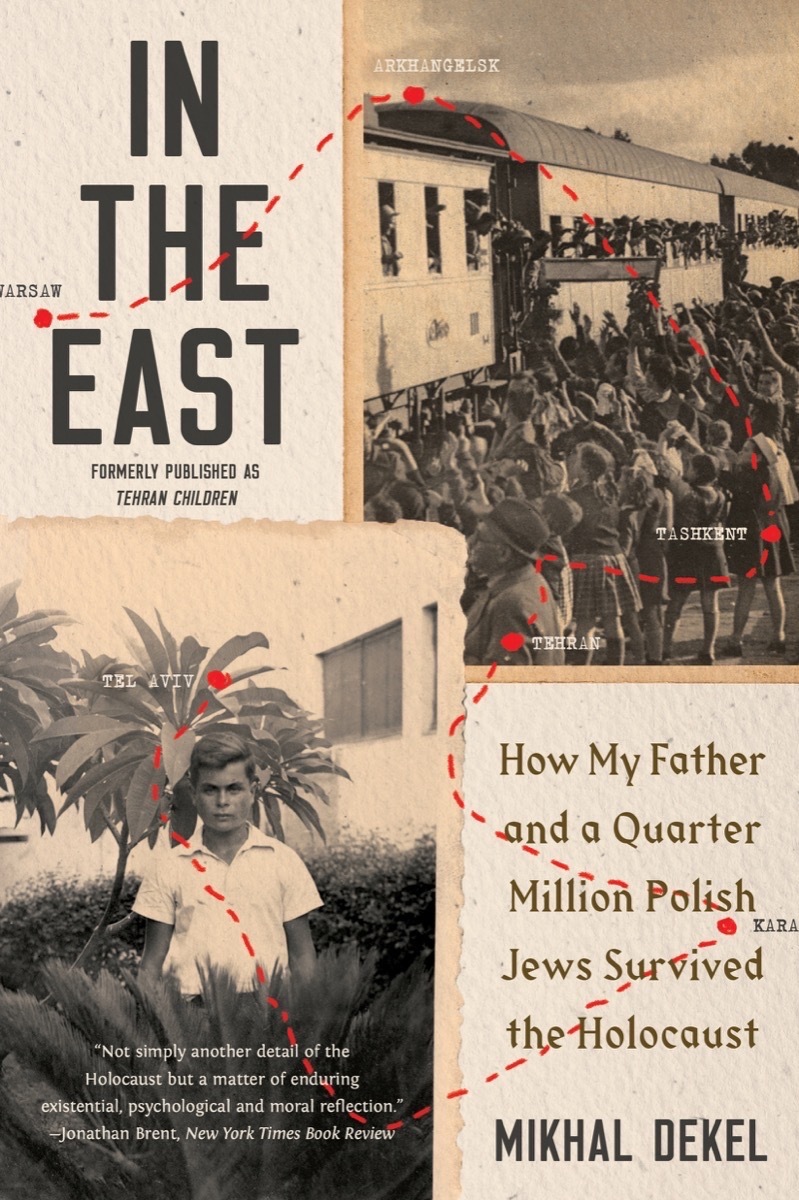 Q: I understand that the Holocaust has faded from memory for many and that it isn’t been taught in schools as much. But how is it that academics—scholars, people educated on the subject—aren’t aware of this component of the Holocaust?

A: That’s a great question. There are several answers there—technical answers, political answers. We’ll start with the technical because this is a story that took place mostly in the Soviet territories. We didn’t have access to archives in Russia until the fall of the Soviet Union, and even today we don’t have access to complete archives in the way that we have access through, Massey archives, archives in Germany and in Poland. It’s a whole other story. And if you read my book or your readers will read my book, you’ll see that some of the research that I did was dangerous. I was in areas that are still very Soviet. They’re not Moscow, and they’re not Saint Petersburg. They’re in the Russian interior, and I had plainclothes policemen follow me. I was working with some clandestine human-rights activists who were working in Russia, and … you have to earn their trust. So, it’s a little bit like a thriller in that sense. Secondly, the Soviets truly didn’t document in the same way that the Nazis did. The Nazis actually documented their atrocities.

In my father’s hometown in Poland, there was one of the first mass executions. There are photographs of people walking to be executed; there are photographs of people kneeling at a mass grave that was dug up; and there are photos of their bodies after they’ve been shot with machine guns. We don’t have any footage of the gulag. If somebody wants to make a documentary about the gulag, they have to create footage. There are a handful of photos. Even those are very generic and are not very good. And if you think about how we remember events, it’s very visual. We remember the child from the Warsaw Ghetto. We remember the liberation of Auschwitz. We remember the man falling from the Twin Towers. That’s how we remember atrocities. So, we don’t have the visual imagery. We didn’t have archives. And still, the question remains. Because what we did have were memoirs, and people wrote about their experiences. But few heard those experiences. It wasn’t heard on a kind of collective level, like a story is told at the Holocaust museum in Washington or the institutions that we, as Jews, have for memory. They didn’t really feature the story in a prominent way. It doesn’t mean that they don’t have testimonies. They are testimonies even in Yad Vashem, but when you go to see the regular exhibition in Washington, you’re not going to see the story.

If you think about it, I’m telling a story that’s very complex. On the one hand, it’s a survival story for many people, and, of course, the deaths of many people. But the reason these people survived is because they were deported to gulags instead of to death camps. That’s the bottom line. The gulags were themselves crimes. The gulags were horrible, inhumane. [Still], for many people who were in the gulags, that faith was still better than dying in a gas chamber. So, the fact is that the survivors themselves I think had a hard time talking about it in the sense that their entire families were decimated. They survived in this way that was horrible, but they still survived.

But to the political aspect, if you think about it, the Soviets were the victors and the saviors. To say something negative after the war about the Soviets … the Soviet Union helped Israel in 1948 with military aid, and Israel was a semi-Socialist country. So the political conditions were such that there was no place for the story for psychological reasons, for political reasons. There is a seminal memoir of the story (Journey Into the Land of the Zeks and Back: A Memoir of the Gulag) by a man called Julius Margolin. He wrote that memoir in Tel Aviv in 1946. It was published in Hebrew for the first time around 2013. It was published in English for the first time in 2020. So all these years, it couldn’t get published. 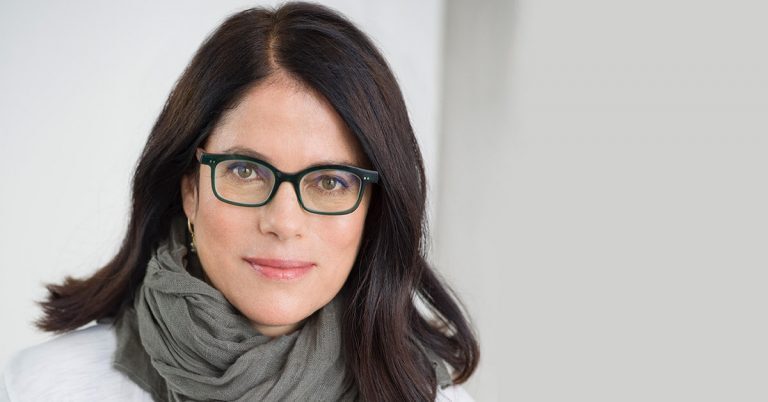 Q: I don’t like stretching or trying to make comparisons that don’t exist. And so, I’ll try to avoid it here. Do you feel at all that the current tensions between Israel and Russia will lead to more research and more questioning of the Soviet era during this time? Do you feel that that might evolve in some way?

A: I think it will. Somebody asked me that in the U.N. event—not exactly in these terms—but they ask how this current war affects the way my book is being read, and I said that first of all, it makes reading my book more possible because people are thinking about Soviet crimes. And in fact, my book is very much related, because of a few things. But one of them is this rhetoric that Putin is using when he says, ‘I’m fighting Nazis.’ To us, it’s insane, right? Where is he getting this? This is a cynical use of World War II. But, in fact, when you travel in the areas that I traveled, World War II is not even over. They’re still talking in these terms. You started by saying Holocaust teaching is on the decline, but you have to understand that in those regions, they don’t know anything about the Holocaust. You think here it’s on the decline? They think the war between the Nazis or the fascists, and the Soviets, is that this is Russia vs. the world. The Jews have nothing to do with it or very little to do with it. They don’t even know about the concentration camps, half of these people. It’s shocking.

Q: It brings up (Ukrainian President Volodymyr) Zelensky’s interview recently, where he described his own family members perishing in the Holocaust but never used the word “Jew.” Or Holocaust, for that matter. It really speaks to a perspective of the Holocaust that isn’t known outside of that region.

A: I agree with that completely. Zelensky’s perspective as someone who grew up in Ukraine is also completely off because, if you’ll recall, he spoke to the Knesset and said Jews should save Ukrainians the way the Ukrainians saved the Jews, and people are sitting there saying, ‘Oh, my G-d.’ But he wasn’t being cynical because he grew up on that. It doesn’t matter that he’s a Jew. He grew up in that education system; they tell a whole other story. They tell the story of Soviet and Nazi aggression against Ukraine. Again, the Jews are not part of this, and in fact, the Ukrainians were the great, poor victims, and so ethnic Ukrainians were just as much victims as the Jews. We know that’s not true from every piece of evidence we have. There were, of course, exceptions, but I’m speaking generally. That’s the story that’s being told in Poland and in Ukraine and Lithuania. Both Putin and Zelensky are speaking from a cultural, social, political world that I don’t even understand. I mean, I understand it, but the general public in the United States doesn’t understand it and or in Israel, so I think maybe this will help unearth these things. Before this war, there were few scholars working on this. My book came out, and it’s kind of the right moment for it.