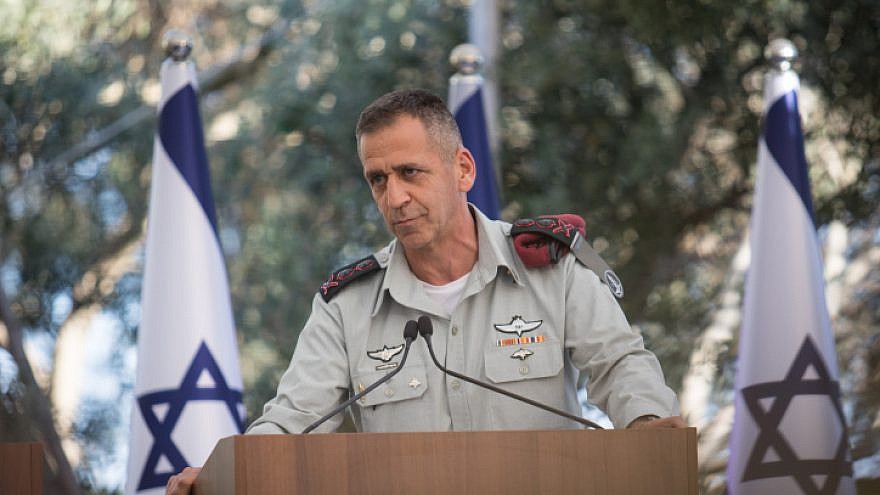 (December 22, 2020 / Israel Hayom) Israel Defense Forces Chief of Staff Lt. Gen. Aviv Kochavi issued a stern warning to Israel’s enemies and particularly Iran on Monday, saying the Jewish state is well-prepared to strike back “be it near or far.”

“If Iran and its partners, members of the radical axis, either directly or by proxy, will take action against the State of Israel, they will find themselves in a very costly endeavor,” he said.

“The IDF will strike all those involved in activities against the State of Israel or against Israeli targets, whether in part or in full, be it near or far. I say these things simply, clearly and with complete commitment: Our retaliatory steps have been prepared and rehearsed. I advise our enemies not to test us.”

The military chief further addressed an incident on Saturday night in which an IDF soldier refrained from shooting a terrorist who hurled a Molotov cocktail at him from point-blank range.

“We must see victory as a value,” stressed Kochavi. “We must see it as a compass that guides us in every activity. The concept of victory isn’t only applicable to war. It is an essential part of the soldier’s identity and a unit’s operation every day. Every soldier facing an enemy, routinely or in war, must act sharply, engage and thwart any threat.”

The soldier was dismissed from his unit on Sunday.