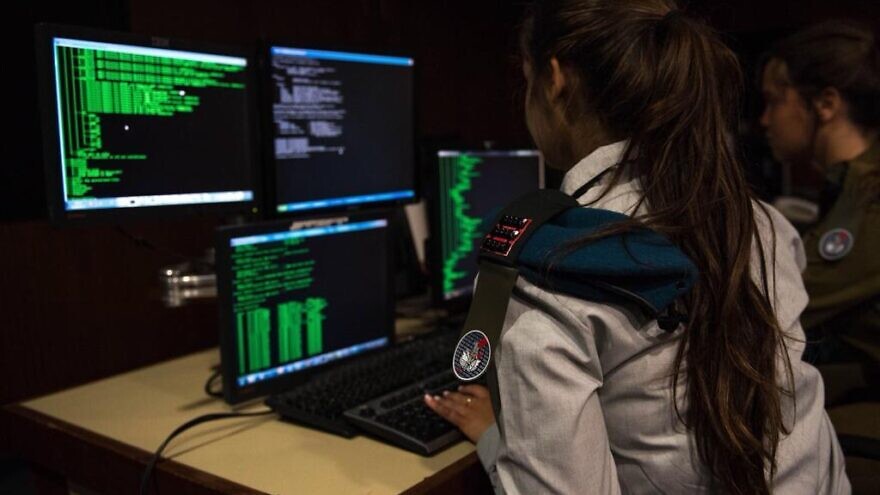 (March 25, 2022 / JNS) The Israel Defense Forces’ Center of Computing and Information Systems, known by its Hebrew acronym Mamram, is essential for every modern function played by the Israeli military.

As the head of the Center, Col. Y (full name withheld), told JNS in recent days, “one has no ability to generate accurate combat without components of computing, software and data.”

The center, which is part of the IDF’s C4I and Cyber Directorate, is essential to how the IDF would wage war in the 21st century, which is long beyond the stage of manually firing artillery cannons and then adjusting the aim.

“Even a tank today is attached to so many smart components that without data or edge abilities, it can’t function,” she said.

Mamram is responsible for the full world of IDF computing, software, algorithms and cyber defense, and is based on advanced computing abilities. The fruit of its products can be felt by the military’s “edge users” on land, at sea and in the air.

In the past two decades, as the cyber arena became a new combat arena, its role grew even more central since every part of the IDF has an electronic component, explained Col Y.

Military systems must communicate with one another to be lethal, efficient and qualitative, she said. It is the cloud platforms that the Mamram Unit creates that enable weapons in the field or command headquarters or autonomous military systems, which are growing, to operate, she stressed.

Cloud platforms are developed in the unit’s data centers in-house. They process data at the core of military networks and at the edge where field units operate. “The whole incredible thing needs lots of processing and computing power,” said Col. Y.

Mamram has also started adopting cloud systems made by commercial companies, alongside the ones it makes itself, creating what Col. Y. described as a hybrid system.

“The end-user does not need to know what kind of cloud they are using. The main thing is that it is secure,” she said.

Mamram’s influence on civilian Israeli life is extensive. The unit, which has been in existence for more than 60 years, is the basis for Israel’s high-tech scene, said Col. Y.

Advanced computing abilities developed in the unit and its mother branch, as well as connections forged there, have helped shape the startup nation.

“Mamram is a brand name. It’s a family. And it’s a national historic component in Israel’s development,” she said.

Now, the center has taken a forward role in the drive to empower Israeli women to take a greater role in the technological world.

It is a part of an annual IDF program, now in its fifth year, aimed at developing technological leadership in the IDF among women officers.

Some 20 officers arrive from across the IDF with experience in engineering, computing, the cyber arena and similar areas, and take part in the roll, which Col. Y. said is designed to “give them relevant technological leadership skills in a manner tailored to women. It also gives them a community—and inspiration—through interaction with leading women in the military, academia, the private sector and political-public life. They learn about what is needed to make complex achievements.”

Connections forged among the officers could serve them in the future in the business sector, just as it has men who have launched successful Israeli startups after their service, she said.

“We asked ourselves what more can we do to promote women chief technology officers, vice presidents of research and developments, and startup founders? Currently, there are almost no women in these positions,” said Col. Y.

The answer came in the form of a hackathon, a kind of tech incubator that challenges the women to jointly develop new computing products. The latest hackathon launched by Mamram ended on March 8, International Women’s Day.

“We started a wonderful tradition of celebrating women’s technological achievements,” said Col. Y. The program, which in the past won the “Chief of Staff” award for excellence, saw developers build creative products such as a bot that helps programmers automatically customize programs in efficient and economic ways.

Some 47% of personnel in the C4i and Cyber Defense Branch are women, with 59% of them enrolling in the IDF’s Computer Training School—meaning that a new generation of tech-savvy women is on its way to joining Israeli society after completing military service.