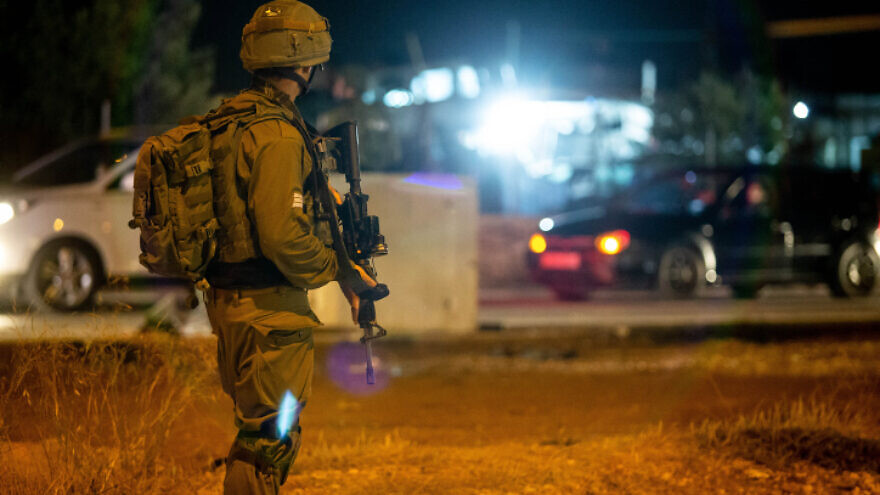 An Israeli soldiers near the scene of a suspected terror attack at the entrance to the village of Husan, west of Bethlehem, on June 23, 2018. Photo by Aharon Krohn/Flash90.
Spread the word.
Help JNS grow!
Share now:

(April 10, 2022 / JNS) A Palestinian woman was killed by Israeli forces near the village of Husan in Judea on Sunday after failing to heed warning shots and calls to halt, according to Israeli media reports.

The soldiers initiated a standard arrest procedure, including firing warning shots into the air, after the woman approached them in a “suspicious manner,” according to the Israel Defense Forces.

When she failed to stop, the soldiers fired at her lower body. She was treated by the troops on the scene before being evacuated to a hospital in Beit Jala, where she died of her wounds, according to the Palestinian Health Ministry.

The incident is under investigation, according to the IDF.

Israeli security forces have been placed on high alert amid a wave of deadly terror attacks, with some 1,000 soldiers helping to bolster the Israel Police and additional combat battalions being deployed to the West Bank and Gaza border.