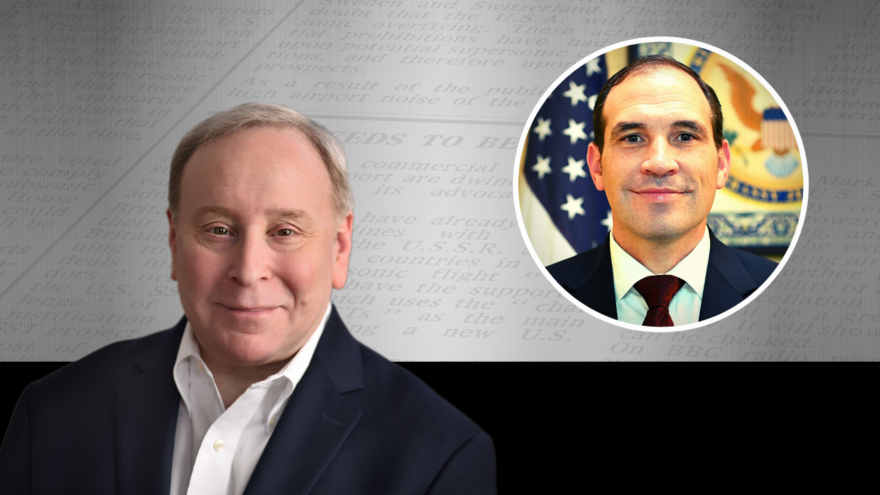 (September 8, 2022 / JNS) If the Biden administration reaches a new and even more dangerous nuclear accord with Iran, “it will set up a new and potentially divisive chapter in U.S.-Israel relations,” warns JNS editor-in-chief Jonathan Tobin.

According to Tobin, there is more at stake than just the threat to the Middle East from a deal that will guarantee Iran gets nuclear weapons and create an existential threat to the Jewish state, place in jeopardy alliances and lead to escalations in violence from terrorist groups funded by Tehran.

This is, he believes, a result of Biden’s allowing the discredited U.S. foreign-policy establishment to return to power, which has meant discarding not only the progress towards peace made by the Trump administration but also a way of looking at the world that sensibly prioritizes national interests rather than myths and ideology.

He’s joined by Rabbi Aryeh Lightstone, who served in the Trump administration helping to forge the Abraham Accords and is the author of a new memoir about his experiences.

In speaking of Trump’s successors, Lightstone says: “My concern isn’t whether or not the Biden administration wants to support the Abraham Accords, but do they want to give $250 billion to Iran?”

Lightstone argues that part of the problem with the permanent bureaucracy that administers foreign policy is “groupthink” that is determined by NGOs that seek to delegitimize Israel. That leads to trust in people like Palestinian Authority leader Mahmoud Abbas, a terrorism funder and Holocaust denier. Lightstone characterized the ongoing faith in his good intentions as akin to belief in the tooth fairy.

Lightstone also worries that groupthink is leading to polarization, and ultimately, political persecutions, such as those in which former President Donald Trump and his family are targeted, something the rabbi considers a dangerous descent into the politics of a “banana republic.”

He also noted that friends of the Jewish state need not be afraid to serve in the government, saying they should feel free to follow the example of Trump’s Middle East team. “Being pro-Israel is not dual loyalty,” he pointed out. “It’s pro-American.”

While he acknowledged that progress toward expanding the Abraham Accords has stalled under Biden, he still has faith that hostility toward Israel will fade. “Palestinians are going to have a choice,” Lightstone asserted. At some point, they are going to realize that their kids will benefit from peace.”