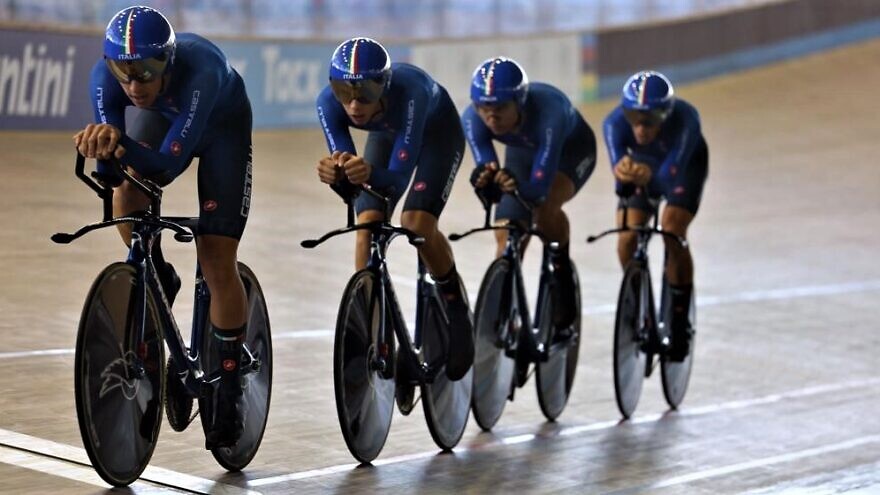 (August 25, 2022 / JNS) The 47th Junior Track Cycling World Championships has begun at the Sylvan Adams National Velodrome in Tel Aviv, marking the first time that the competition is being held in Israel.

Team Israel is being led by Uri Besh-Duvinsky from the Tel Aviv Cycling Club, who won a medal in July at the European Youth Championships in Serbia, and Oron Argoc, the Israel youth champion from the Masters Haifa team. Other athletes on the Israeli team include Noa Schweki, Hilli Biderman, and Uri Bahri and Ron Ben-Efraim.

The competition is being held in Tel Aviv as part of efforts by Adams and the Israeli Cycling Federation to make Israel a leading contender in track cycling.

“The Junior Track Cycling World Championships here at the new Sylvan Adams Velodrome in Israel is an important event in the development of track cycling in Israel,” said Arad. “The exposure to professional levels and inspiration for our sportspeople, and the incredible professional work that is being done in track cycling, will lead to achievements in the future.”

Adams added: “Our cyclists have already won medals in the World and European championships and have achieved great things for Israeli sport. Together, we are giving an opportunity to our talented youth to realize their potential and to bring great pride to Israel.”

The competition is being run in partnership with the Union Cycliste Internationale, the Tel Aviv-Jaffa Municipality and Israel’s Ministry of Culture and Sport.