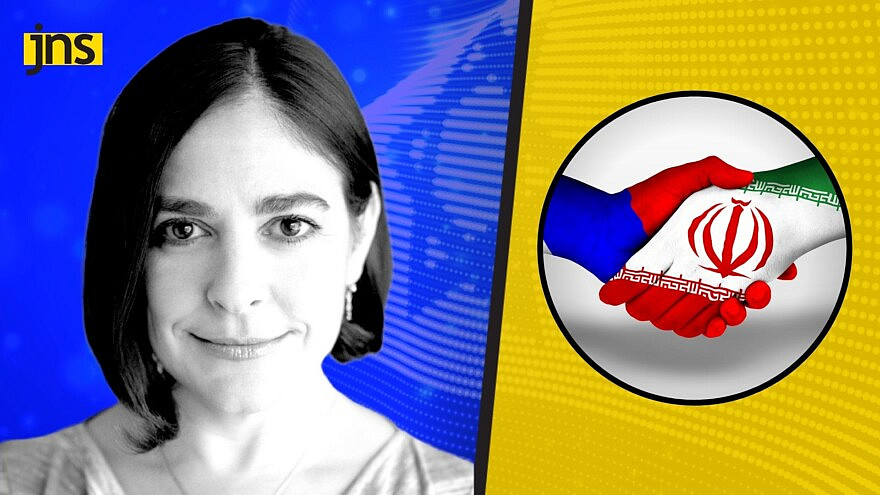 (November 22, 2022 / JNS) In this week’s “Caroline Glick Show,” Glick sits down with Dr. David Wurmser, her colleague at the Center for Security Policy in Washington, D.C., to discuss two related issues: Iran’s rising strategic ties with Russia, and the Iranian revolution as it enters a new, more violent phase.

Glick and Wurmser discuss what Russian strategic dependence on Iran means for Israel, and how Israel needs to respond to the new challenge. They argue that the Biden administration is exacerbating the crisis through its strategic recklessness and hostility to longstanding American allies and interests.

The two then move to the Iranian revolution and what must happen for the Iranian people—now faced with a violent rather than non-violent confrontation with the regime—to successfully bring down the ayatollahs.

In her opening remarks, Glick discusses the coming clash between the incoming Netanyahu government and Israel’s activist Supreme Court over the government’s plan to limit the court’s power to invalidate laws duly promulgated by the Knesset.

As she explains, the court has made clear it will invalidate any law it sees as curbing its powers.

If it goes through with its self-evident plan, the court will plunge Israel into a disastrous constitutional crisis that will have severe implications for the government, for the judicial system, for Israel’s international standing and for the cohesion of Israeli society, she says.