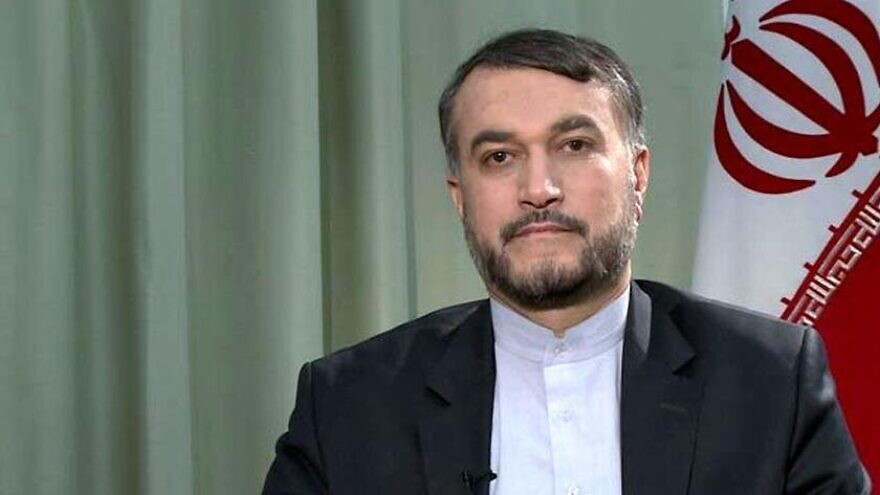 (October 3, 2021 / Israel Hayom) Iranian Foreign Minister Hossein Amir-Abdollahain said on Saturday that the Islamic Republic had requested that the United States unfreeze “at least” $10 billion in frozen Iranian funds to prove it was serious about rejoining the 2015 Joint Comprehensive Plan of Action.

In an interview with Iranian state television, Amir-Abdollahian said that U.S. officials had attempted to contact the Iranian government last month at the United Nations General Assembly in New York about restarting the stalled nuclear talks in Vienna.

“The Americans tried to contact us through various channels [at the UNGA] in New York, and I told the mediators if America’s intentions are serious then a serious indication was needed … by releasing at least $10 billion of blocked money,” he said.

“They are not willing to free $10 billion belonging to the Iranian nation so that we can say that the Americans once in the past several decades considered the interests of the Iranian nation,” said Amir-Abdollahian.

U.S. Special Representative to Iran Robert Malley told Bloomberg TV in an interview that aired on Sept. 3 that while the United States was prepared to be patient with Tehran with regard to negotiations about a return to the 2015 Joint Comprehensive Plan of Action, it “can’t wait forever.”

Amir-Abdollahian reiterated on Saturday that Iran would “soon” return to the stalled nuclear talks in Vienna, but declined to give a date.