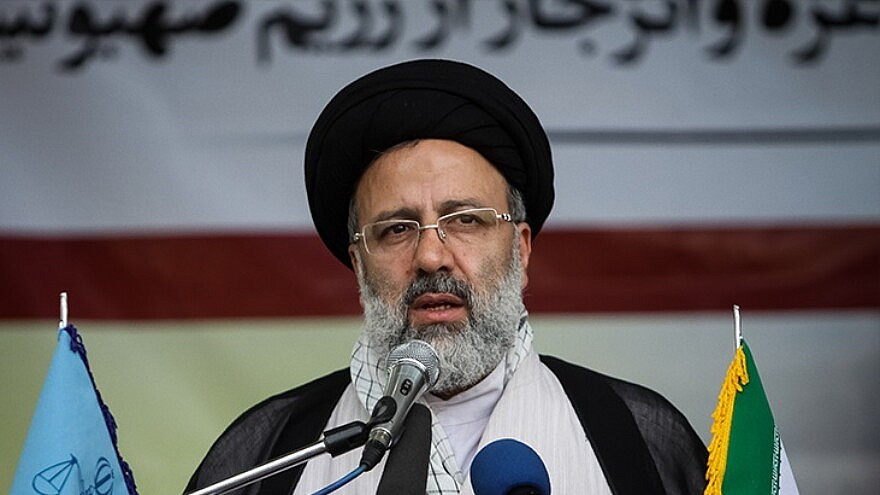 (August 29, 2022 / JNS) Iranian President Ebrahim Raisi said on Monday that any plan to revive Tehran’s nuclear deal with world powers must include a halt to international inspectors’ investigation into man-made uranium particles discovered at undeclared facilities in the country, according to AP.

During a press conference marking one year since he took office, Raisi said, “Without settlement of safeguard issues, speaking about an agreement has no meaning,” using the language of the International Atomic Energy Agency (IAEA) to refer to the traces.

The Iranian president also warned that if Israel follows through on its threats to destroy Iran’s nuclear program, “They will see if anything from the Zionist regime will remain or not,” according to the report.

As Raisi spoke, Iran’s economy and rial currency sagged under the weight of international sanctions, the report stated.

Tehran and Washington have been exchanging emails on the specifics of the nuclear agreement in recent weeks, and according to the arrangement taking shape, sanctions on Iran will be lifted if it slows its rapidly expanding nuclear program, according to AP.

In remarks delivered to international journalists on Aug. 24, Israeli Prime Minister Yair Lapid strongly criticized the nascent agreement, saying that the problems with it went beyond Iran’s nuclear program itself.

The International Atomic Energy Agency has sought answers from Iran for years concerning uranium discovered at several undeclared sites. According to U.S. intelligence services, Western nations and the IAEA, Iran had a well-organized nuclear weapons program in place until 2003. Iran has consistently denied any desire for nuclear weapons.

In June, the IAEA Board of Governors overwhelmingly passed a draft resolution criticizing Iran over its lack of transparency and failure to cooperate with the agency.

As a signatory to the Nuclear Nonproliferation Treaty, Iran is required to explain the radioactive traces and provide assurances that they are not being utilized in the development of nuclear weapons, the AP noted.