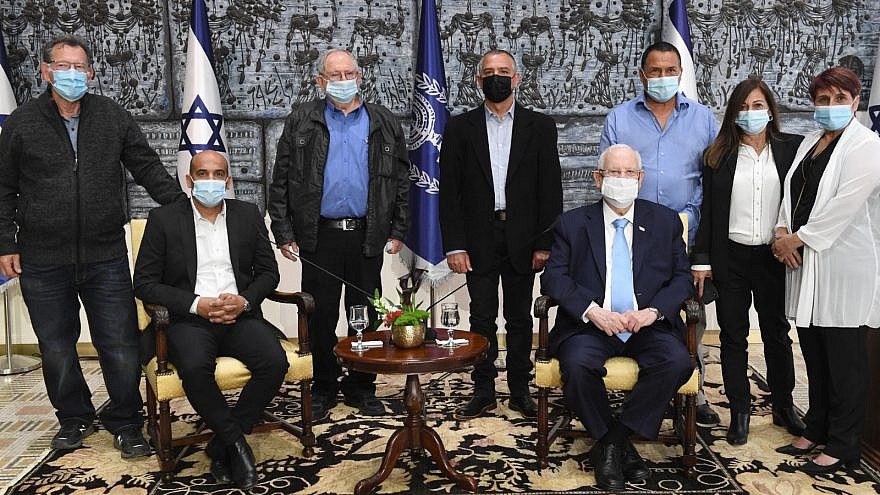 The movement represents 450 cooperative agricultural villages and communities across the country—from Kfar Yuval in the north to Faran in the southern Arava.

“This past year has taught us how important and non-trivial it is to be able to enjoy and celebrate the nature with which the State of Israel is blessed,” said the president.

“For those of us who aren’t fortunate enough, like you, to live in the green, rural areas of Israel, we have understood the importance and advantages they bring us all even more clearly—for leisure and holidays, but for so much more—for maintaining our borders and for established and sustainable Israeli agriculture,” he added.

Rivlin related how his late wife, Nechama, grew up on a moshav, where her mother ran the farm alone with her daughters.

Participating in the event were Secretary-General of the Moshavim Movement Amit Yifrah and representatives of moshavim from around the country, including Elad Betzer, a third-generation descendant of the founders of Nahalal; Menashe Malmud, a founder of Kfar Mallal; Shaike Shaked of Nativ Ha’asarah near the Gaza border; and Shimon Bitton from Avivim on the Lebanese border.

Yifrah, who said he spoke on behalf of the 450 moshavim in Israel, noted how, along with kibbutzim, they played a crucial role in the development of Israeli society and security, and how they continue to do so.

“The centenary of cooperative settlement gives us the strength to continue settling the borders of the country and to provide Israeli agriculture, blue and white, to the people,” he said.