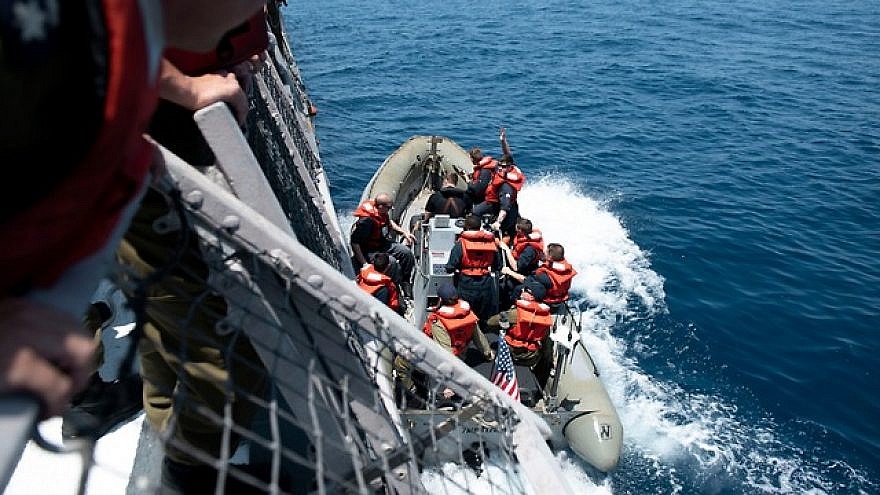 (July 26, 2021 / JNS) The Israel Navy appointed a new commander of its submarine flotilla on Sunday.

Col. Uri (full name not released) took up his position during a ceremony at Haifa Naval Base attended by the Israel Navy Commander, Vice Adm. Eli Sharvit, and other senior naval commanders.

Col. Uri’s predecessor, Col. Guy, has been commander of the submarine flotilla for two years and is due to become head of the navy’s Operations Department.

“I would like each and every one of you to sense pride, as I do and as your commanders do,” Sharvit said during an address at the ceremony.

“Guy, you marched the flotilla to the operational peaks and the complex force build-up processes with a confident hand, and I trusted that you would know to be the one whose feet are planted firmly on the ground. You’ve done this with great skill,” said the navy commander.

Sharvit thanked the 7th Flotilla (Shayetet 7, the submarine flotilla) for its extraordinary journey, which he said led it to a “new place” in its ability to activate force at sea.

Turning to the new commander, Sharvit said: “You, Uri, are prepared to receive the flotilla at this junction, and this is indeed a challenging junction that reflects an operational peak, which must be continued and safeguarded.”