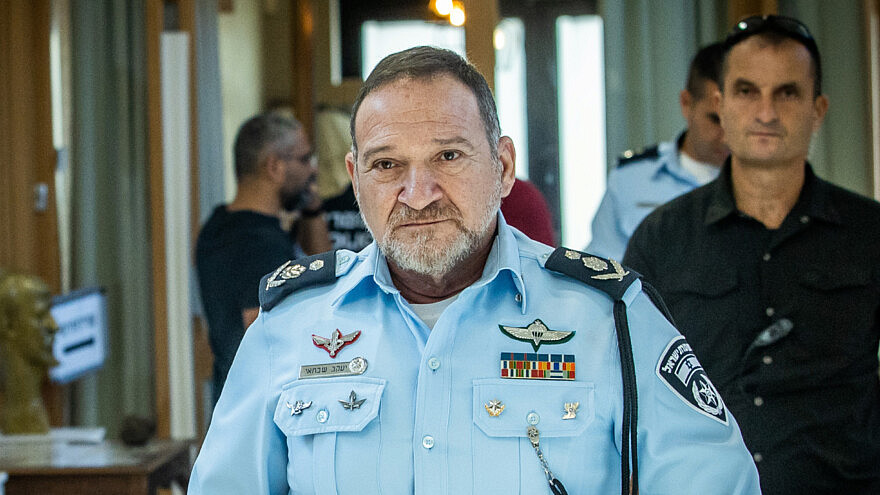 (September 21, 2022 / JNS) Social media networks are used during extreme scenarios to promote terrorism inside the State of Israel and organize mass street violence, Israel’s police chief warned on Wednesday, adding that in such extreme cases a temporary ban should be placed on inciters in order to save lives.

In a statement issued by the Israel Police, Insp. Gen. Yaakov Shabtai clarified that his comments referred to “the most extreme scenario, in which there is a danger to Israeli democracy and to state security, in which there is a mass uprising combined with broad terrorist elements within the State of Israel.”

In May 2021, such a scenario unfolded during mass disturbances in parts of the Arab Israeli sector, particularly in mixed Jewish-Arab cities, and police initially struggled to muster a response after being stretched beyond breaking point.

“The inspector-general was referring to blocking inciters calling for terror attacks and mass street disturbances, in which there are hundreds and thousands of such calls that further foment the incident,” police stated.

Responding to criticism of his remarks, Shabtai clarified that “at no stage was there an intention to restrict the movements of Israeli citizens. Rather, this would be a pinpoint and temporary step, that would certainly be taken with authority, to protect the lives of citizens and Israeli democracy during times of national emergencies, which endanger state security.”