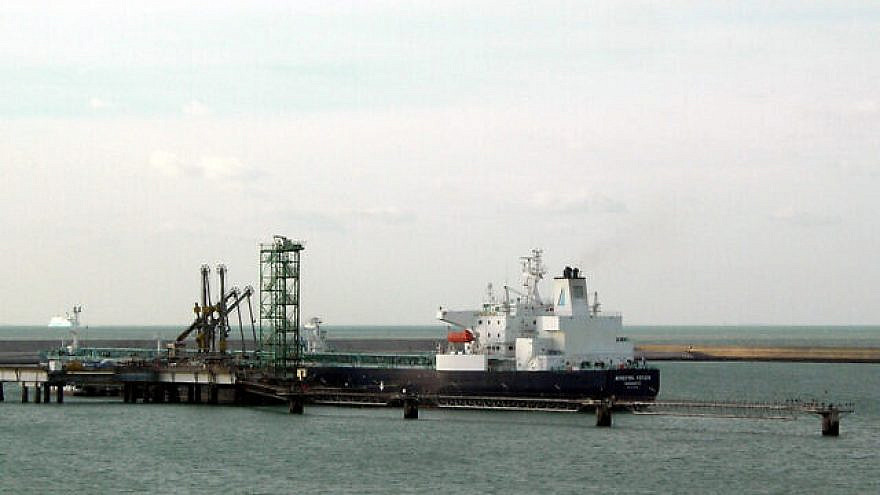 (February 28, 2021 / JNS) The Greek tanker Minerva Helen was not the source of the tons of toxic tar that washed up on Israel’s shores last weekend, Israel’s Environmental Protection Ministry announced on Sunday.

A team led by the ministry and including representatives from the Israeli Shipping and Ports Authority reached this conclusion on Saturday, after conducting a “thorough, professional and comprehensive inspection” of the tanker at the Port of Piraeus, with the full cooperation of Greek authorities.

The inspection followed a report last Monday by Israel’s Kan News that the Minerva Helen was a key suspect, though the vessel’s owner denied any connection with the incident.

Also on Monday, a Haifa court imposed a week-long gag order on the investigation. By Tuesday, however, the order, prohibiting the publication of the name of any ship, company or individuals involved in the spill, had been partially lifted.

“We are committed to making every effort to locate the ship responsible for polluting Israel’s shores,” said Israeli Environmental Protection Minister Gila Gamliel of the spill, which Israel’s Nature and Parks Authority has called one of the worst environmental disasters in Israel’s history.

“We have a moral obligation to the public, animals and nature that were harmed,” she said. “We will not let this environmental crime slide, and will adopt all measures to locate the offender,” she added.

Israel’s Health Ministry on Wednesday announced a temporary ban on the sale of fish from the Mediterranean until the Agriculture Ministry completes testing samples to rule out the presence of contaminants.