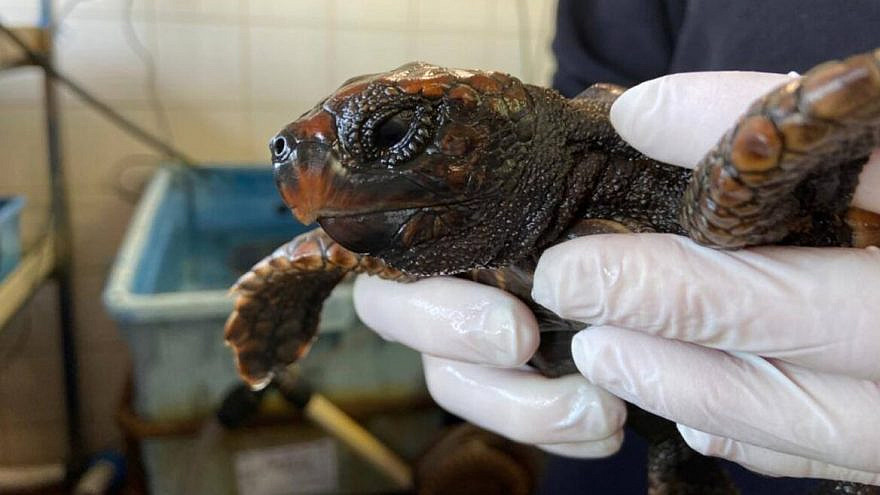 (February 24, 2021 / Israel21c) A catastrophic tar spill washing up along Israel’s entire Mediterranean coast may be the worst environmental disaster in Israeli history.

While government authorities investigate the source of the offshore leak of at least 1,000 tons of sticky, toxic tar, many Israeli civilians and soldiers are helping with cleanup efforts that will likely take months.

“Over the weekend I, together with thousands of volunteers, were at the beaches cleaning sticky, black tar oil off of dead and dying animals,” Iris Hann, CEO of the Society for the Protection of Nature in Israel, wrote to supporters.

“My heart broke as I found dead baby turtles, birds, fish and other marine animals stiff and lifeless. Their bodies were completely coated with a sticky, toxic tar that gave them no chance.”

The Israel National Sea Turtle Rescue Center in Mikhmoret reported on Feb. 20 that it had received and treated 10 injured sea turtles in the previous two days, five of them covered in tar. Volunteers are working around the clock to care for them. 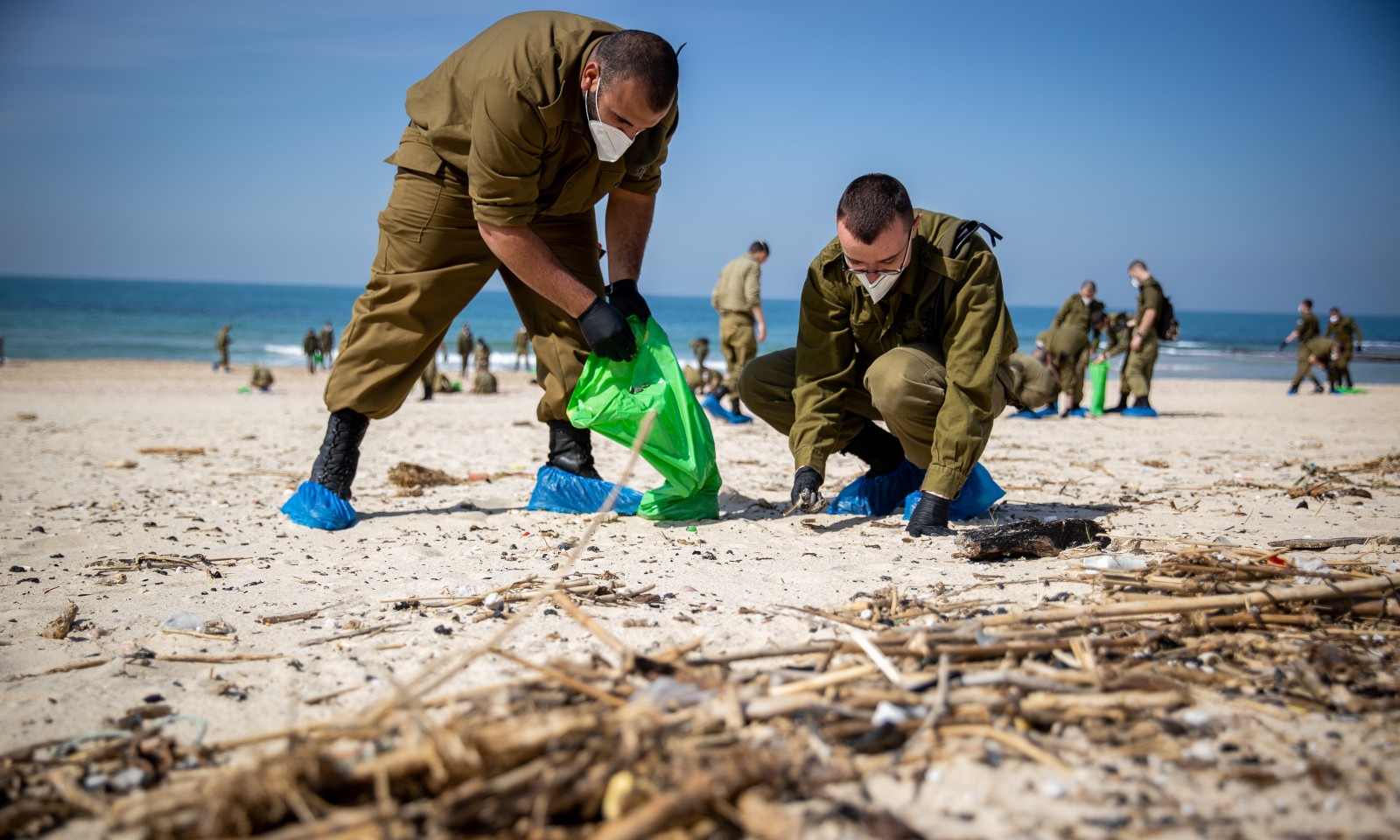 “We call on the public to look for sea turtles that have washed up on shore and report immediately to the 3639* hotline,” the center posted on Facebook.

“Live turtles must come for treatment at the rescue center as soon as possible, while the dead turtles are important to document so that we learn the scope of the disaster.” 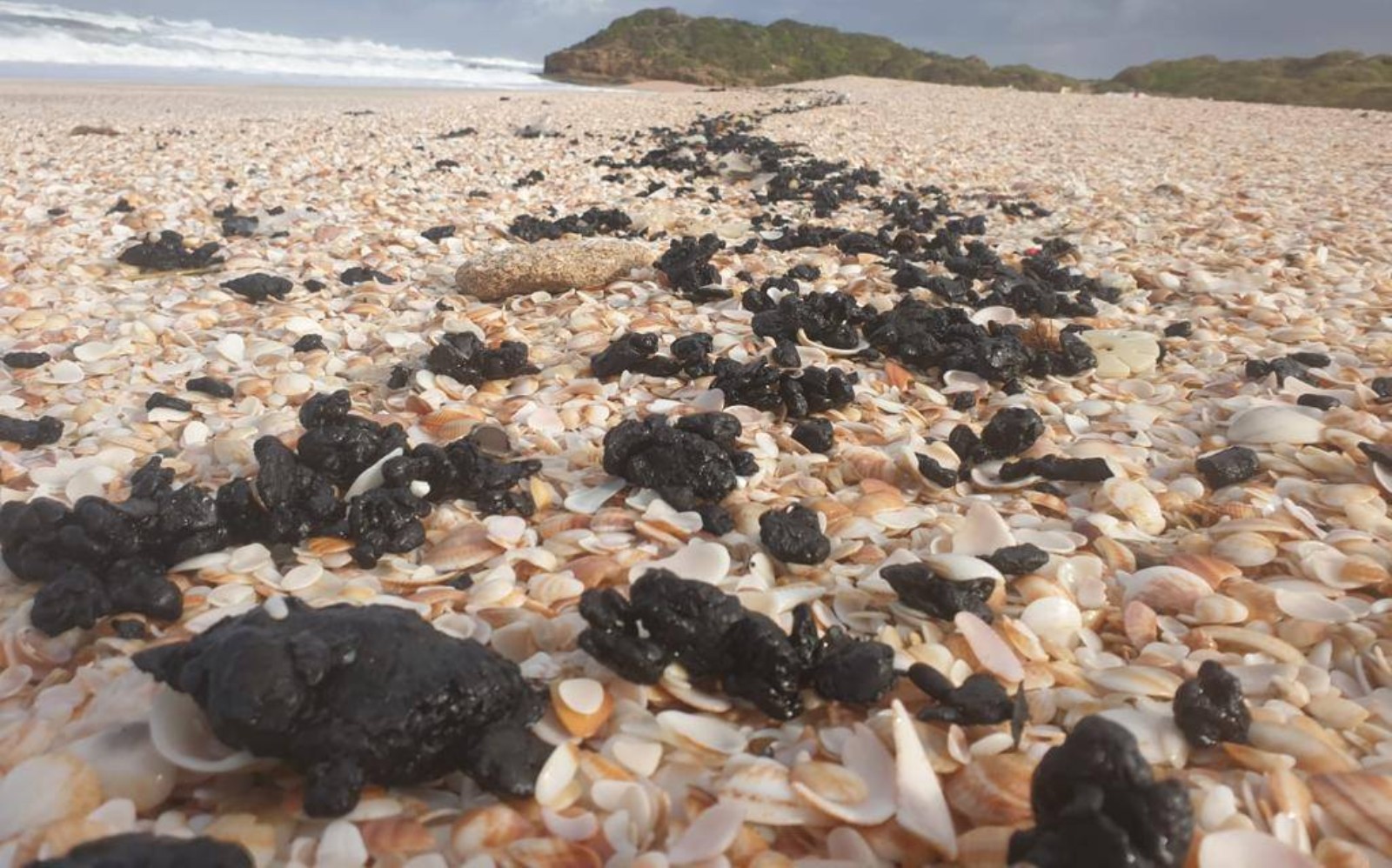 The spill also appears to be responsible for the death of a young 55-foot fin whale found on Nitzanim Beach. An autopsy found black liquid in the creature’s lungs. 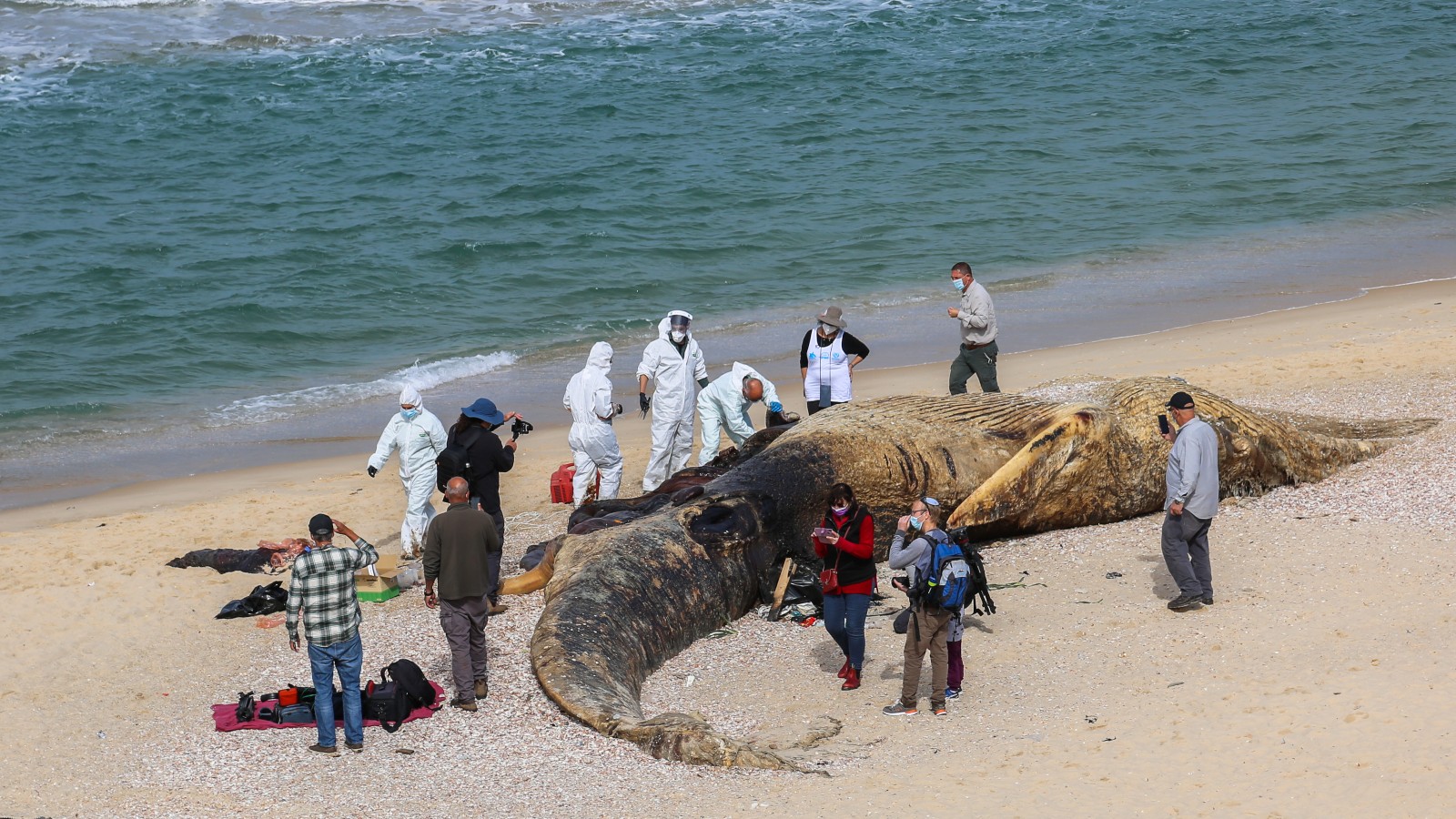 The Israeli Wildlife Hospital at Ramat Gan Safari Park is treating many types of animals affected by the disaster. The Israel Nature and Parks Authority is helping to rescue animals and bring them there for treatment.

“Animals come with multiple injuries, and many of them suffer from hypothermia due to the tar that wraps their bodies and prevents them from warming up on these cold days,” the hospital posted on Facebook. 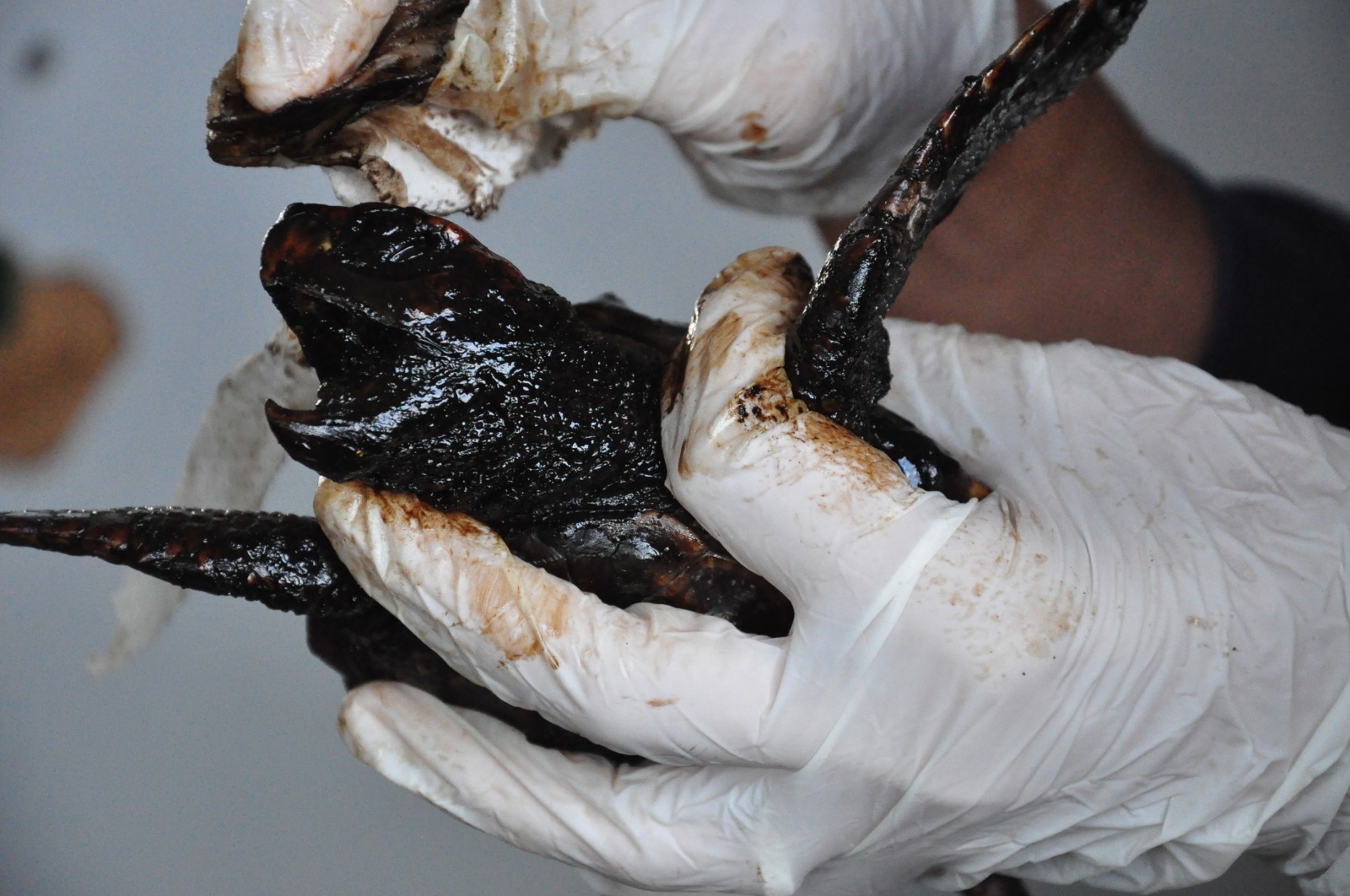 “In the hospital, our dedicated caregivers clean the animals gently with special oils that are not dangerous to their health. In addition to cleaning, they receive fluids and vitamins, and treatment against infections and weakness that can develop from poisoning. We very much hope that these animals will also be rehabilitated and can return to nature, like the thousands of animals treated at the wildlife hospital every year.” 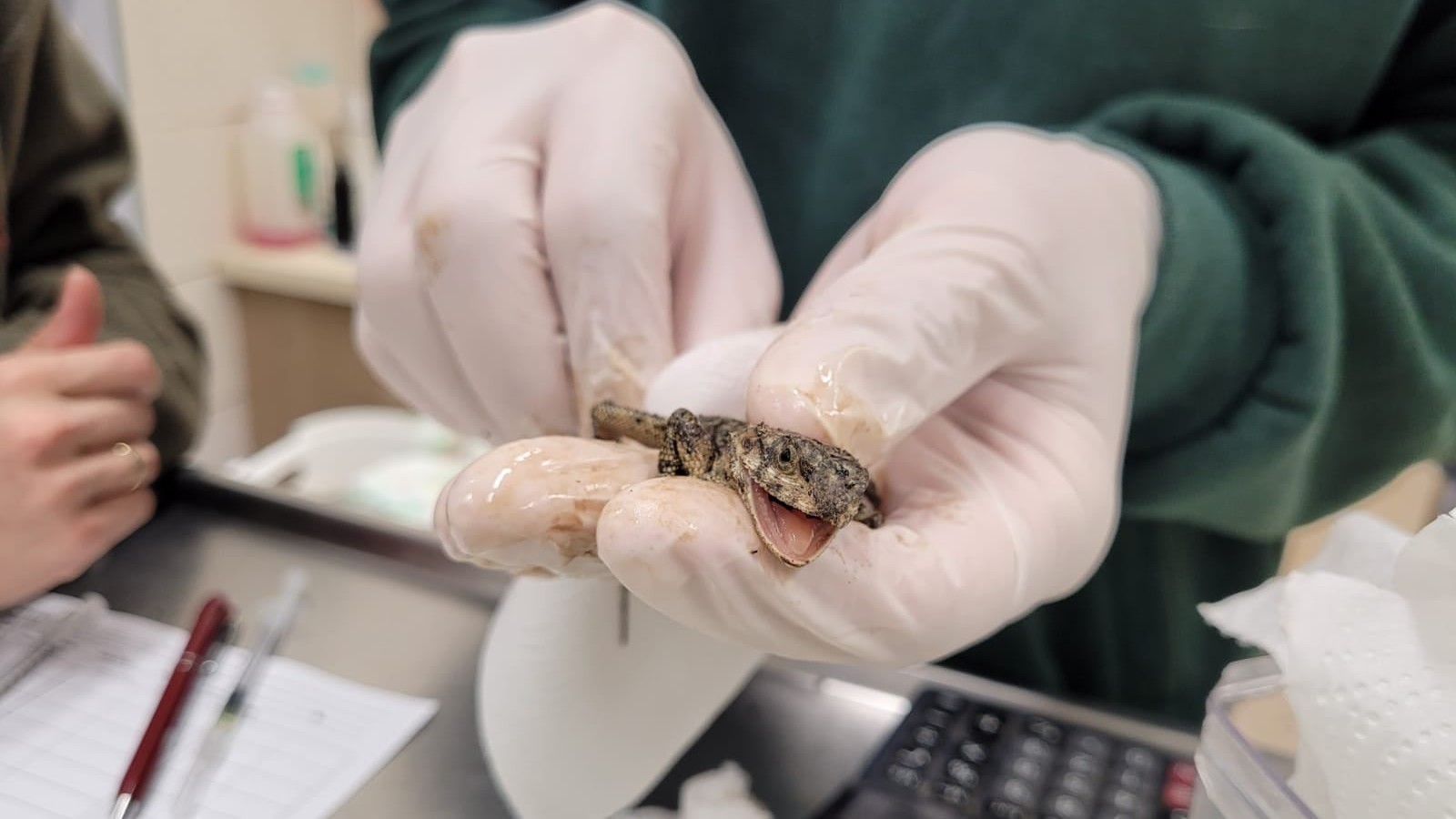 A lizard from Habonim Beach being treated at the Israeli Wildlife Hospital following the tar spill on Israel’s coast, Feb. 21, 2021. Photo courtesy of Ramat Gan Safari.

Beaches remain closed as Israeli officials assess the damage, formulate a long-range cleanup plan and investigate the source of the spill. Experts fear the damage could take years to undo.

Israeli Environmental Protection Minister Gila Gamliel said the incident highlights “how necessary it is to get rid of polluting fuels and move to renewable energies.”