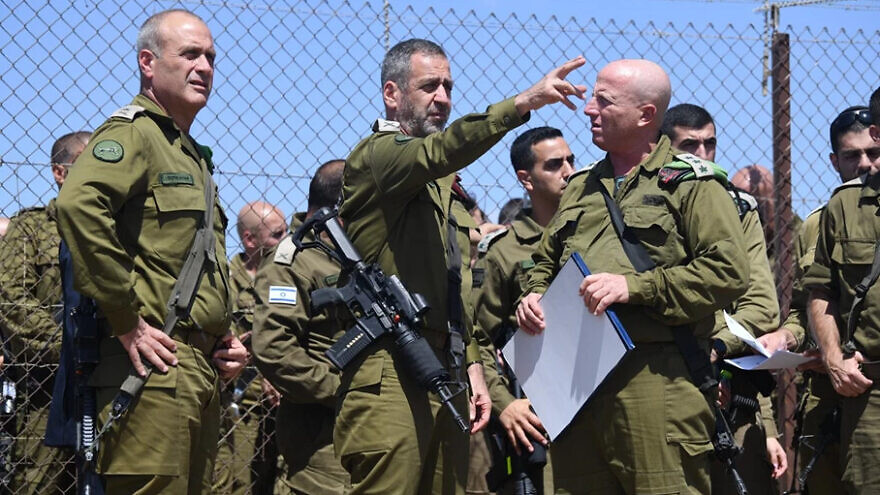 (September 15, 2022 / JNS) The killing on Tuesday night of Israel Defense Forces Maj. Bar Falah, 30, during operational activity near the Gilboa (Jalame) Crossing in northern Samaria is a painful reminder of the ongoing security deterioration in the Palestinian arena. Israel’s defense establishment and caretaker government now face the dilemma of whether to launch a broader security operation in the area.

It is no coincidence that the terror attack that claimed Maj. Falah’s life occurred just north of Jenin, which, together with Nablus and other regions of Samaria, has become a hotbed of terror, forcing the IDF to conduct nightly security raids. Nightly shootings against Israeli forces have become the norm. The Palestinian Authority, weakened by internal strife and the intensifying race to replace its head, Mahmoud Abbas, is missing in action in the area—and worse yet, one of its members took part in Tuesday’s deadly attack.

The incident itself began at 11:39 p.m. on Tuesday, according to an IDF source, when military spotters identified two suspects approaching the security fence in the vicinity of the Gilboa Crossing.

The spotters alerted forces in the area, and two units crossed the fence from the Israeli side, circling around behind the suspects, according to the IDF. The Israeli forces were led by Col. Menashe Moyal, commander of the Menashe Brigade, and officers from the Nahal Brigade, including Maj. Falah, who was deputy commander of the Nahal Reconnaissance Battalion.

According to the military, the Israeli forces did not at this stage know that the suspects were armed.

Palestinians approach the security barrier on a nightly basis, the IDF source said, and alerts of this nature are routine. In some cases the suspects turn out to be terrorists, and in others they are found to be unarmed job seekers looking to cross into Israel illegally, or civilians without hostile intent.

The Israeli forces were able to approach within meters of the suspects without being detected, and proceeded to initiate arrest protocols, according to the IDF. At which point, at 2:15 a.m., the suspects opened fire. It was only then that the Israeli troops understood that they were dealing with armed terrorists, returning fire and killing both. One of the terrorists was downed by Maj. Falah.

The terrorists were armed with a Carlo-style submachine gun—a low quality firearm made in Palestinian workshops dotted across Judea and Samaria, and a second, improvised firearm.

“The incident shows us how important the decision is to protect the fence 24-7 with spotters,” said the IDF source.

According to Hebrew media reports, an armed drone was dispatched to the area during the incident, but was not activated due to the fact that the suspects were not identified as being armed.

It is believed that the terrorists’ target was a nearby military post.

The security escalation in northern Samaria shows no sign of slowing down, and as Israel enters the High Holidays period, concerns are growing of another flare-up in violence.

In the six months leading up to March, when a wave of deadly terrorism, much of which emanated from the Jenin area, caused carnage in multiple Israeli cities, the IDF hardly entered Jenin. After the terror wave, the IDF concluded that it had no choice but to move into the area.

The IDF’s Central Command, which is responsible for Judea and Samaria, will be on very high alert in the coming weeks, as Hamas and Palestinian Islamic Jihad seek to exploit the situation to both attack Israelis and further undermine their domestic rival, the Fatah-run P.A.