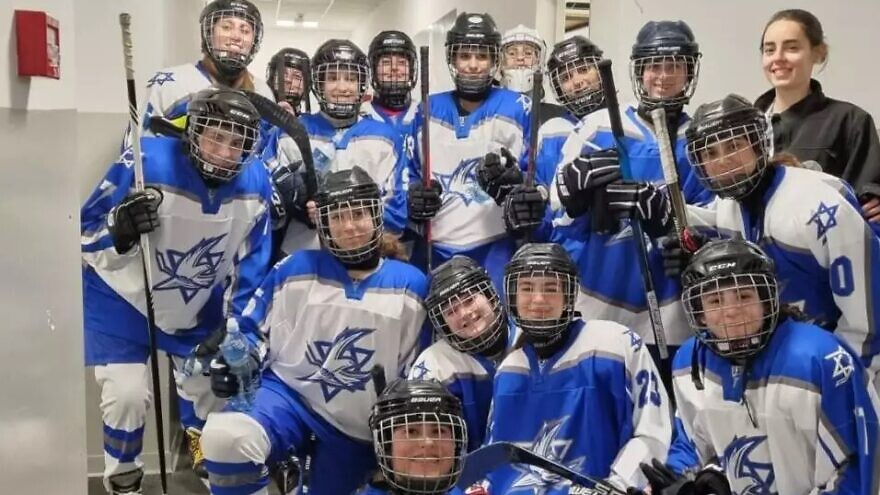 (March 25, 2022 / JNS) Israel’s women’s ice-hockey team made its international debut by competing for the first time ever in the IIHF Ice Hockey Women’s World Championship for Division III on Tuesday in Belgrade, Serbia.

Israel’s first goal in the competition against Bosnia was scored by Chen Kotler 25 minutes into the second period. She said “it was an incredible, historic event that we were able to represent Israel for the first time at the World Championship. I couldn’t have imagined scoring the first goal in our history.”

The team ultimately lost 5-1. The women played their second match on Wednesday against Estonia, losing 10-0 in a shut-out.

A team from Iran was scheduled to go head-to-head in the championship but withdrew their participation earlier in March to avoid competing against Israeli athletes.

“What we care about is promoting the sport,” he said. “You can see that in our team, which is made up of [women of] four religions, and we do our utmost to win.”

The Israeli team’s general manager, Esther Silver, started the women’s ice-hockey program in Israel 15 years ago after she competed for years in Canada, according to Israel Hayom.

She collected and donated equipment at first before developing a hockey camp in Metula in northern Israel, where Canadian and American coaches were invited to participate. She then helped create the women’s team, which also competes against men’s teams in Israel.