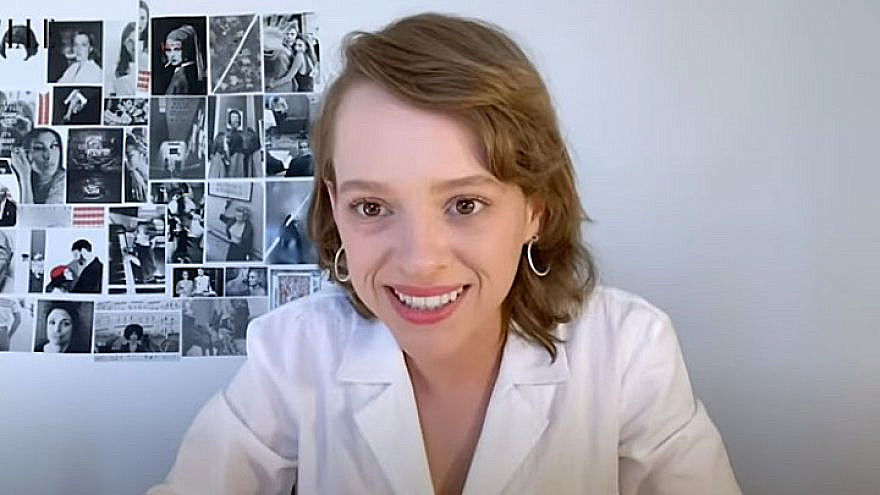 (March 2, 2021 / JNS) Israeli actress Shira Haas, best known as the star of the Netflix four-part series “Unorthodox” and for her role in the popular Israeli TV drama “Shtisel,” has been tapped to play Israeli Prime Minister Golda Meir in a new American TV series, announced Deadline on Monday.

The 25-year-old actress has won two Ophir awards—the Israeli equivalent of the Academy Awards—for which she was nominated five times. She was also nominated for both a Golden Globe and an Emmy award.

The executive producer is none other than singer, actress and filmmaker Barbra Streisand, and represents the first time that she has worked on a scripted TV series. The script will be written by Eric Tuchman, writer and producer of the hit TV series “The Handmaid’s Tale.” Tuchman will also be an executive producer of the project, which will be directed by Emmy winner Mimi Leder of the popular TV series “The Morning Show.”

The series is based on the nonfiction work Lioness: Golda Meir and the Nation of Israel by Francine Klagsbrun.

“The book chronicles the life and career of Meir—one of the most influential figures in the history of Israel and a prominent figure in world history,” writes Deadline. “It spans her birth in Kyiv [in present-day Ukraine] to her American upbringing in Milwaukee, her role in the formation of Israel, and her rise to become the new nation’s first and only female prime minister.”

Denise Di Novi, one of the founders of PatMa Productions, which is producing the project in association with MGM/UA Television, noted that Meir is one of the many “incredible women in history whose stories have not been told.”

“Her entire life as a wife, mother, teacher and creator of a country in one of the most complicated nations in the world should be told,” said Di Novi. “We feel the depth of her story, and we think it’s an incredible role for an actor. It’s so compelling.”

PatMa co-founder Nina Tassler pointed out that “one of the things that struck us was that many of the issues that she had to contend to in her day—child care, education and being the only woman in a roomful of men—those issues that she was dealing with are as relevant today.”

Equally as important, Tassler noted that “even while she was involved in establishing the State of Israel, she traveled throughout this country and grew up in Milwaukee, so this is as much an American story as it is one of Israel’s.”