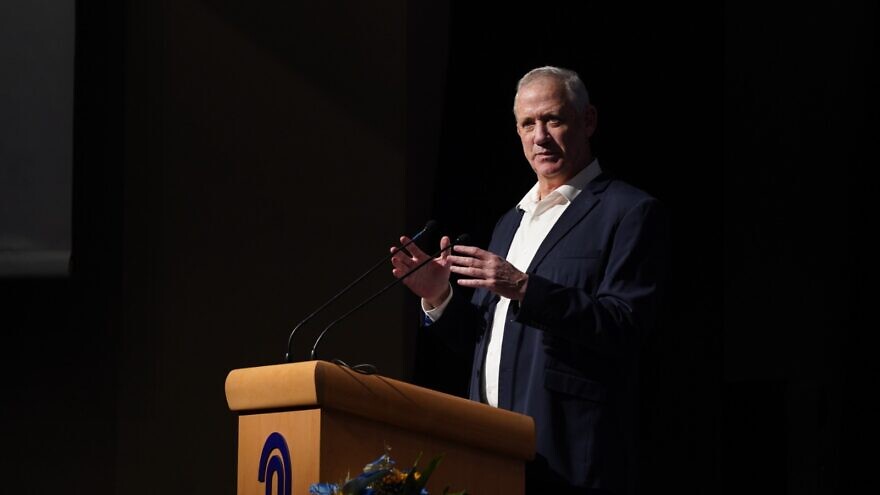 Speaking at the Menachem Begin Heritage Center’s “Securing the Nation” symposium, Gantz said that Israel is currently in a “complex situation in the international arena, facing an enemy who wants to destroy us: Iran.” Israel, he continued, is “committed to acting—with our partners and friends around the world. And even today we will defend ourselves and remove any existential threat.”

“Both Rabin and Begin proved themselves, time and time again, that when it came to issues of security they took action,” said Gantz. “To deal with the Iranian aggression now requires political responsibility, prudent conduct and operational determination—and not hollering from the podium,” he added.

He recalled how in the 1948 Altalena Affair the two men, one on each side, had made a decision to put the state first, “and did not dare to use security for political purposes.”

Both Begin and Rabin were equally men who desired peace, he said, but understood that to achieve it, security and national resilience were necessary.

Rabin, he said, had fought hard during the intifada, and served his country during the Six-Day War as chief-of-staff. Begin, he noted, had ordered the attack on the Osirak nuclear research reactor in Iraq, “thus signaling that he is not just a fine and fiery rhetorician, but first and foremost a man of action.”

“They saw themselves as fighting for Israel’s security and fighting for peace,” he said and had both won Nobel prizes for their efforts.

Referring to the war in Ukraine, Gantz highlighted Begin’s legacy: One cannot forget where one came from or where one is going.

“The people of Israel knew persecution and know, perhaps more than any other people, suffering,” said Gantz.

Begin had decided to accept refugees from Vietnam, and even granted them citizenship, he noted.

“In this spirit, we must walk with the Ukrainians,” he said. “We must guarantee refuge for every Jew, and work [humanely and] generously to be a city of refuge for a limited period for thousands of other refugees.”