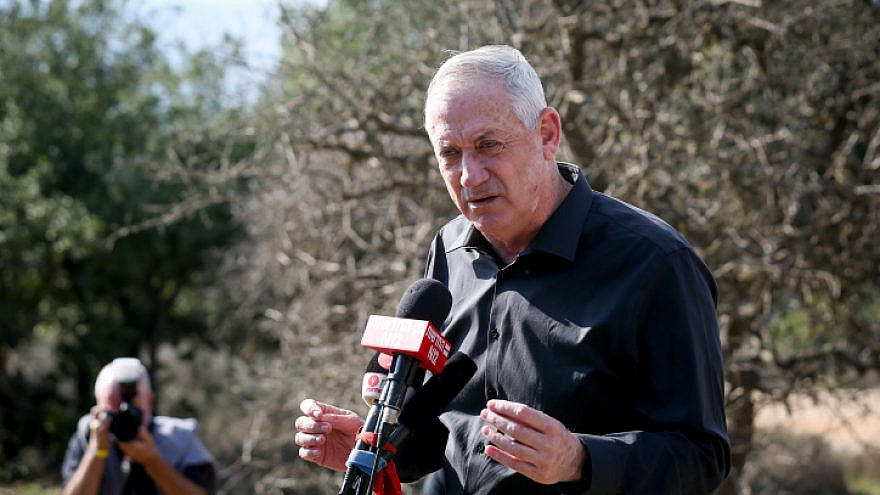 (February 9, 2021 / Israel Hayom) Israel’s Defense Minister Benny Gantz warned on Monday that “Israel will not hesitate to act” to defend itself against Iran or its proxies near Israel’s northern border.

Gantz made the remarks during a memorial ceremony honoring the 73 soldiers killed in the 1997 helicopter disaster. The incident, Israel’s worst military air disaster on record, happened when two IAF transport helicopters ferrying soldiers into Israel’s then-security zone in southern Lebanon collided in mid-air. There were no survivors.

“Three-and-a-half years after the disaster, we withdrew from Lebanon with the blood of our soldiers absorbed in its soil. Since then, we made it clear time and again that we will not allow Hezbollah and the Iranians to turn Lebanon into a terror state,” said Gantz.

“The IDF operates on the border to this day and will continue to do so. We will not hesitate to undermine Iran’s efforts to entrench itself near our borders, and [Hezbollah leader Hassan] Nasrallah is well aware that his decision to build munition and missile bunkers and to perfect Hezbollah’s [missile] capabilities endangers him and the Lebanese people. The Lebanese government should also know this and assume responsibility for it,” he continued.

He added, “If Israel faces hostilities in the north, it [Lebanon] will be the one to pay the heaviest price for the weapons scattered in civilian locations.”