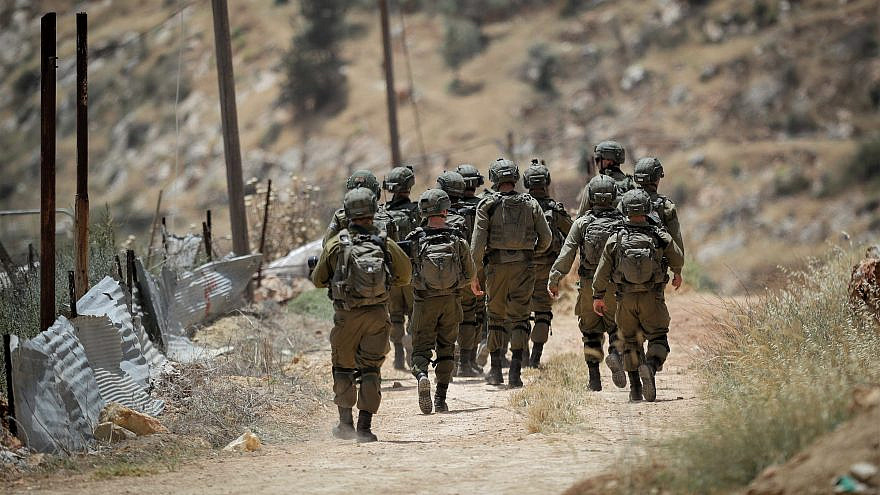 Israeli soldiers surround a farmhouse in the village of Aqraba, east of Nablus in the West Bank, during an Israeli security operation to search for Palestinian militants, May 5, 2021. Photo by Nasser Ishtayeh/Flash90.
Spread the word.
Help JNS grow!
Share now:

(May 5, 2021 / JNS) Israeli security forces announced the capture of a Palestinian terrorist gunman on Wednesday night, shortly after one of three Israeli students shot during a drive-by shooting died of his injuries.

Yehuda Guetta, 19, succumbed to his injuries after doctors spent four days battling for his life at the Beilinson Medical Center in Petach Tikvah.

Guetta was a resident of Jerusalem. His family issued a statement, saying, “With great sorrow and grief we announce the death of our son, our dearly loved Yehuda Guetta, may God avenge his blood, who was murdered in his youth by vile people,” according to a Ynet report.

Two other Israelis were hurt in the shooting, one seriously.

Meanwhile, the Shin Bet intelligence agency, together with the Israel Defense Forces and Israel Police, said they captured 44-year-old Muntasir Shalabi, a resident of the West Bank town of Turmus Aya, north of Ramallah.

Shalabi was found in a hideout in the town of Silwad, northeast of Ramallah. He is not affiliated with any terror organization, said the Shin Bet, adding that the terrorist is currently being questioned.

“Security forces will continue to act with determination against anyone who conducts terror attacks and those who assist them,” it said.

Earlier on Wednesday, a 16-year-old Palestinian youth was shot dead by IDF fire during a riot near Nablus, said Ynet. Two additional Palestinians were injured, the report said.