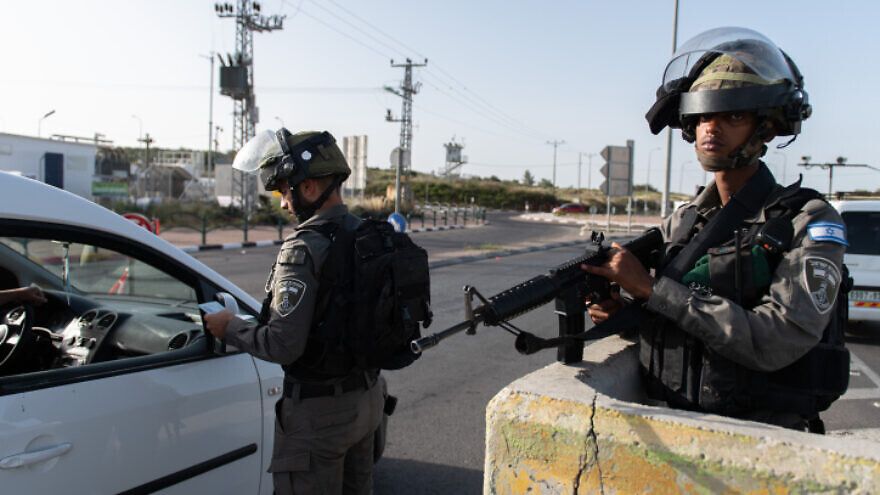 No injuries were reported during the incident.

The incident began when a Palestinian man drew a knife and approached one of the soldiers stationed at the junction, which has been the site of multiple terror attacks. The soldier initiated an arrest procedure, including firing warning shots.

The suspect was transferred for questioning.

Meanwhile, the Israel Defense forces announced on Monday that seven more suspects had been arrested in counter-terror raids throughout Judea and Samaria as part of the IDF’s ongoing “Operation Breakwater,” which began on March 31 following a string of deadly terror attacks.

Raids occurred in the city of Hebron and in the the towns of Atana, Tura and Deir Abu Masha’al, as well as in Tell, where soldiers seized illegal weapons and ammunition.

Rioting broke out during the operation in Tell, with Israeli forces employing riot-control methods.

IDF and Israel Border Police forces also apprehended two terror suspects in the town of Nur Shams, according to the Israeli military.