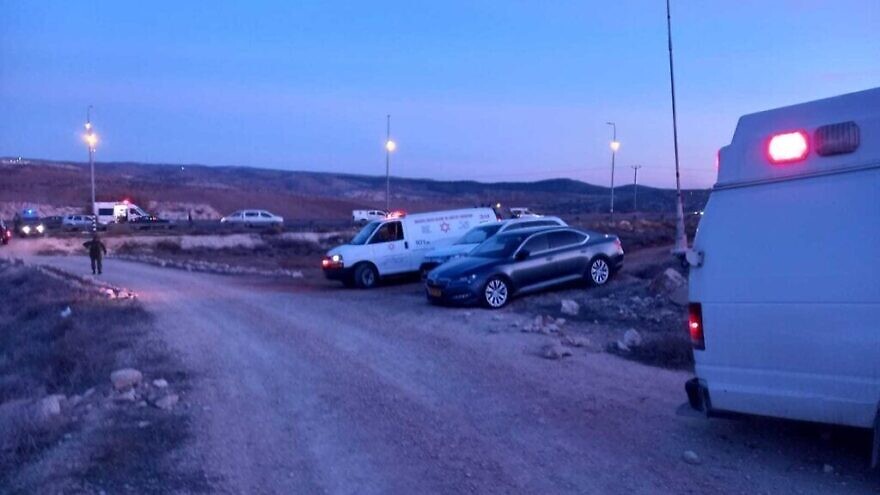 (January 11, 2023 / JNS) An Israeli man aged about 30 years old was moderately wounded in a stabbing attack at Havat Yehuda, located near Shim’a in the South Hebron Hills region of Judea, on Wednesday.

Magen David Adom paramedics treated the man, who was conscious, on the scene for injuries to his upper body and then evacuated him in stable condition to Soroka Medical Center in Beersheva.

The terrorist was shot, apparently by the victim, and wounded. The attacker later died 0f his injuries.

The victim has since been identified as Elyashiv Nahum, according to Israeli media.

Earlier Wednesday, Palestinian gunmen opened fire on the Salem military base and a nearby checkpoint in Samaria No one was injured.

Border Police returned fire at the assailants, who fled in the direction of Jenin.

Meanwhile, a Palestinian gunman was shot dead during clashes with Israeli troops in Nablus in the early hours of Wednesday, according to the IDF.

Israeli forces on Tuesday arrested a member of the Lions’ Den gang during a raid in Nablus.

Troops detained Palestinian Wasim Zaher Estitiyeh, 26, a member of the terror organization who perpetrated recent shooting attacks in the area.