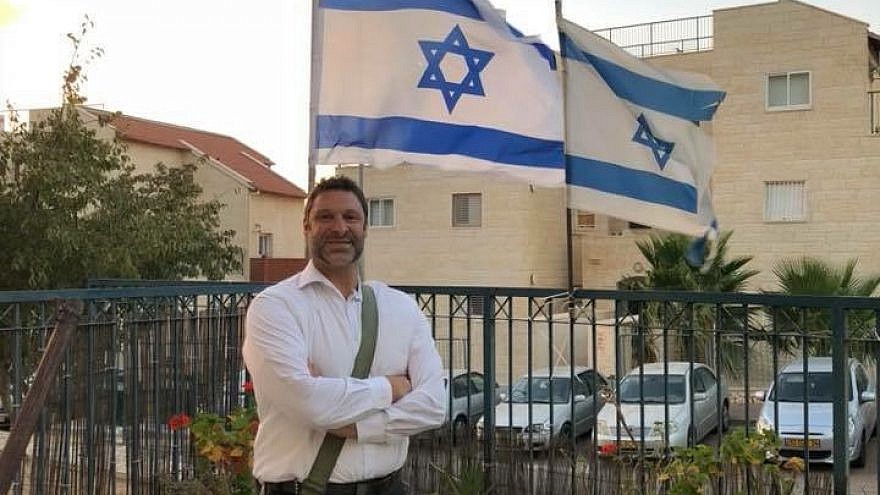 (September 16, 2018 / JNS) A 45-year-old father of four and prolific pro-Israel activist was stabbed to death by an Arab teenager on Sunday morning outside a shopping center in Gush Etzion, Judea.

Ari Fuld, a social-media activist and media pundit, who also worked with the “Standing Together” Israel Defense Forces’ soldier support organization was attacked by a 17-year-old Palestinian from the nearby town of Yatta, while standing outside the Rami Levy supermarket, which is frequented by both Arabs and Jews.

Security camera footage shows the Palestinian approaching slowly and possibly even communicating with Fuld before stabbing him multiple times. Despite being severely wounded, Fuld rose up and ran after the attacker, shooting him as other Israelis shopping in the area drew arms and rushed to the scene.

Fuld, a resident of the town of Efrat, was rushed to Shaare Zedek Medical Center in Jerusalem in critical condition. Doctors performed resuscitation maneuvers on him but were unsuccessful.

“With a stab wound in the back, he ran, drew his gun and fired before collapsing, just to make sure the terrorist would not continue to hurt others,” Education Minister Naftali Bennett wrote on his Twitter account.

“My deepest condolences to the family of Ari Fuld—may his memory be blessed—who showed incredible courage and who chased after the terrorist despite his injuries,” wrote Zionist Union Knesset member Ksenia Svetlova.

“My heart is with the Etzion Bloc,” wrote Israeli Defense Minister Avigdor Lieberman on Twitter. “My condolences to the families of the victim. We will continue to fight terrorism with an iron fist.”

Friends in the pro-Israel community also took to social-media channels to mourn the loss of Fuld, who they said truly embodied his name Ari, which means “lion” in Hebrew.

“Be Ari Fulds! Don’t be afraid to say the truth!” cried Avi Abelow, executive at the popular Israel Video Network in a live Facebook broadcast from the Western Wall on Ari Fuld’s Israel Defense Page, which was viewed by hundreds of followers and was filled with praise for Fuld’s record as a pro-Israel advocate.

“Our good friend, father, good Jew and incredible fighter for Israel, Ari Fuld was murdered in Gush Etzion today,” wrote Yishai Fleisher, international spokesperson for the Jewish community of Hebron, on Twitter. “After being stabbed he got up and shot the terrorist but later succumbed to his wounds. We will miss him very much and ensure his legacy continues.”

Fuld’s last post to Twitter was a picture of tens of thousands of Jews praying the traditional selichot (“forgiveness”) prayers for repentance at the Western Wall just before Yom Kippur, the Day of Atonement, which will be observed on Wednesday.

A spokesperson for Hamas told the Arab Safa news outlet that the killing of Fuld was a “legitimate form of resistance” against “the Israeli occupation.”