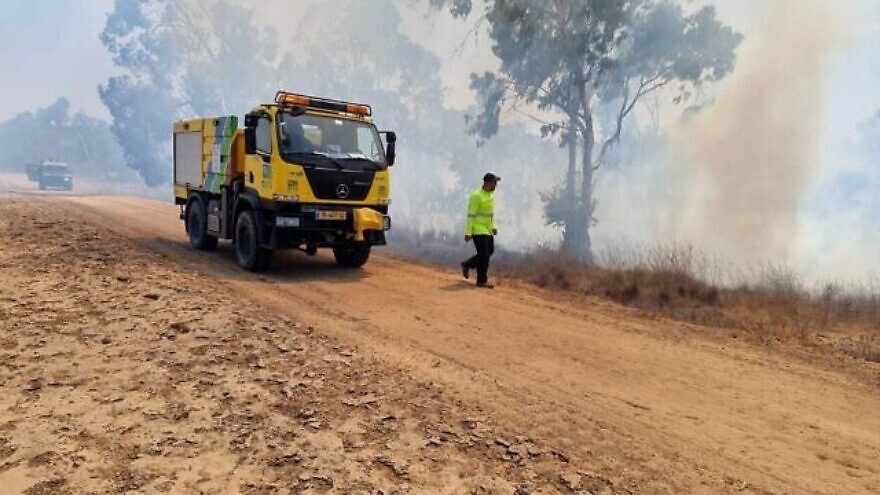 (August 23, 2021 / JNS) Nine fires broke out on Monday near Israel’s border with the Gaza Strip that Israeli investigators believe were started by incendiary balloons launched from the Hamas-controlled enclave, reported Ynet.

Palestinian resistance groups said they would hold another anti-Israel rally on the border under the banner: “Opposition to the Israeli siege and the delay in the reconstruction of the Gaza Strip.”

It comes as Israel and the United Nations allowed the transfer of Qatari funds to Gaza.

Meanwhile, Egypt closed the Rafah border crossing in the southern Gaza Strip on Monday amid increased tensions with Hamas.

It’s the first time the crossing has been shut down during a workday since early 2021, reported the AP. It remains unclear how long the closure will last.