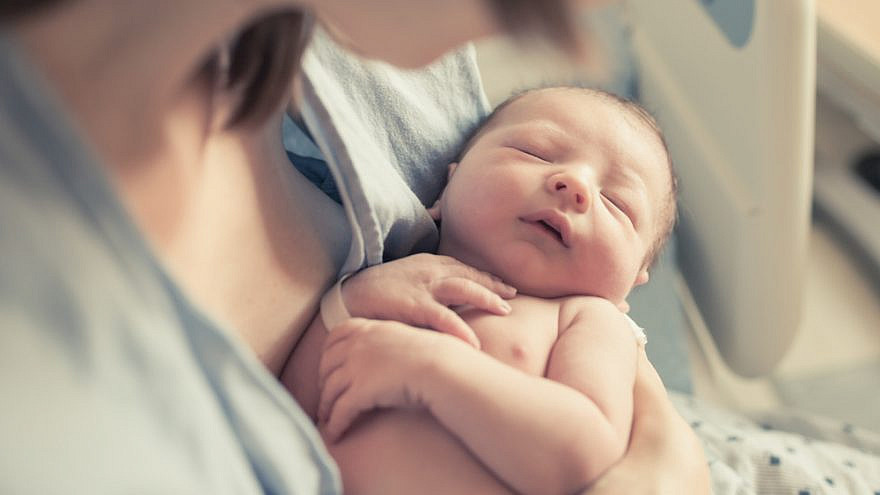 (March 16, 2021 / JNS) Israeli researchers have announced in a new study that antibodies produced from a COVID-19 vaccine can be passed from a pregnant mother to her baby.

The study by researchers from Hadassah University Medical Center, which has only been published in MedRxiv and thus not peer-reviewed, found that in 20 pregnant women in their third trimester who had received two shots of the Pfizer vaccine, the mothers and their newborns both had adequate levels of Immunoglobulin G (IgG) antibodies.

“Neonatal protection from infection is primarily dependent on maternally derived antibodies transferred via the placenta,” said Dana Wolf, director of the Clinical Virology Unit at Hadassah and one of the study’s lead researchers, reported The Jerusalem Post. “We demonstrated an efficient placental transfer of IgG antibodies—the kind of antibodies that are triggered by infection or following vaccination.”

Wolf added that the level and type of antibodies were suggestive of “being able to sufficiently block the virus.”

The study was conducted in February soon after pregnant women in Israel began receiving the coronavirus vaccines. The study, which is ongoing, also evaluates the antibodies of women vaccinated earlier in their pregnancies.

The study is the latest evidence that vaccines can indirectly help protect newborn babies through their mothers. Earlier this month, a separate Israeli study found that vaccinated mothers who breastfeed can also pass antibodies through their breast milk to their nursing babies.