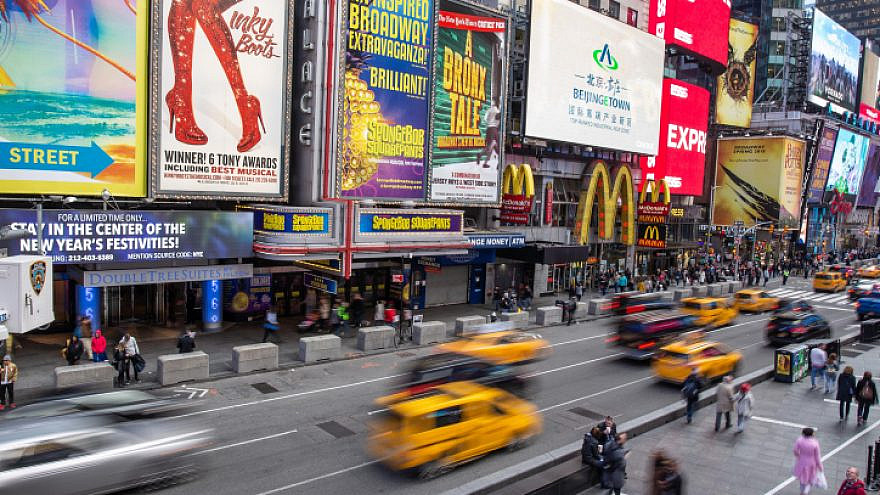 (December 20, 2020 / Israel Hayom) The majority of Israeli restaurateurs in New York State believe that unless they can offer patrons an indoor dining option, their businesses cannot survive the COVID-19 pandemic, according to a study released last week by the New York-Israel Business Alliance (NYIBA).

The study offers a snapshot of the challenges confronting the restaurant industry during the pandemic and the measures adopted to overcome them. From Oct. 19 through Dec. 9, NYIBA distributed a questionnaire to 100 Israeli owners of restaurants in New York State. The data presented in the findings is based on the 30 owners who responded.

Throughout its research, NYIBA used publicly available information and individual outreach to identify and verify that there are 173 Israeli-owned restaurants in the state today.

“Based on the study’s findings, Israeli restaurant owners are by no means immune to the difficulties posed by the pandemic and, nevertheless, remain confident that they will make it through these trying times,” he added.

According to the study, 77 percent of Israeli restaurateurs believe they need to offer indoor dining to remain financially viable.

Almost two-thirds of the restaurant owners felt that the government has been helpful during this ordeal, and respondents were evenly split on whether the government had clearly communicated standards and regulations.

Even with 93 percent of Israeli-owned restaurants receiving federal loans through the Paycheck Protection Program, primarily intended for entities to retain employees, at least 70 percent of the establishments have been forced to downsize staff during the pandemic. A number of owners specified the need for a second PPP loan or other form of government stimulus.

Half of the respondents said that another government stimulus would be most helpful to restaurants at this time, while 35 percent cited the return of in-person office work or tourists as the most beneficial boost.

“The feedback we’re receiving from an industry that must squeeze a profit out of tight margins is that it needs more help,” said Kaplowitz. “There are other factors, of course, that are contributing to the economic hardships, such as reduced foot traffic and an inability to attract new customers.”

A majority of the owners have adopted new technology solutions to help their businesses stay afloat, such as updating online order and delivery systems.

“Israeli business owners across all industries have shown a willingness to adapt and innovate,” said Kaplowitz. “I think that part of the reason Israelis are drawn to New York and New Yorkers are drawn to Israel is that both business cultures address challenges head-on and require resilience in order to succeed.”