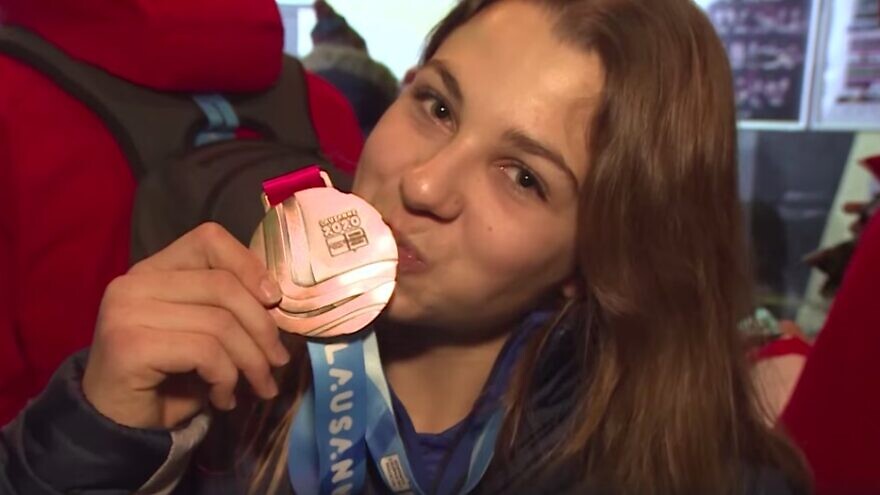 (January 14, 2020 / JNS) Israeli alpine skier Noa Szollos, 17, won Israel its first medals in the Winter Youth Olympic Games when she competed in the competition earlier this month in Lausanne, Switzerland.

“I couldn’t be any prouder,” said the Hungarian-born athlete following her bronze medal win in a video posted on Facebook by the Winter Youth Olympic Games. “It’s an amazing feeling, and I can’t describe it. It’s really fantastic.”

“It looked difficult at first glance, but when I was actually on the course, it didn’t seem as difficult,” she added.

Szollos admitted to making a few mistakes on the slope, but feels overall she had “a perfect run.”

Talking more about her victory, she said, “I hope I made everyone proud at home and … I guess it’s a big deal. It’s the very first Olympic medal at the winter games, [for either] youth or normal Olympics for Israel, so I think it means a lot.”

Israel has won a total of nine medals in the Olympic Games; more than half are from judo.