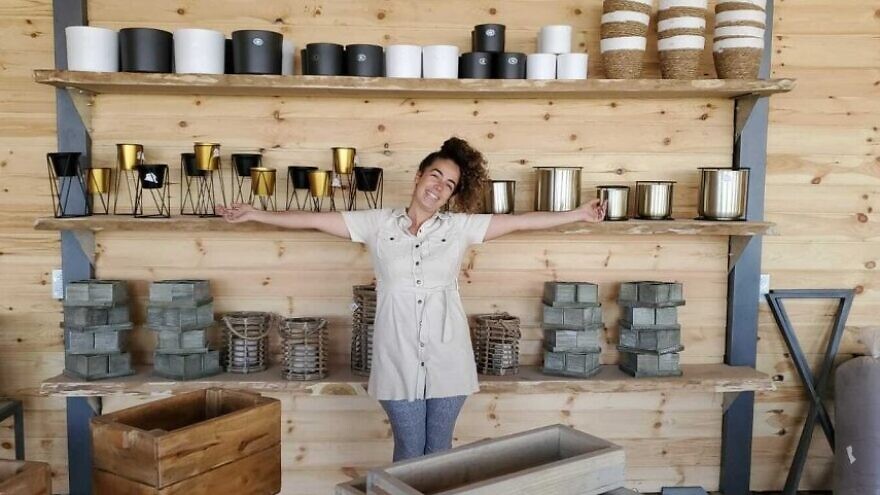 (December 3, 2021 / JNS) Lenny Goldberg, who immigrated to Israel back in the 1980s from New York, runs a small business out of his community of Tapuach in Samaria. Goldberg’s company, called “Luna-na,” caters to birthday parties, summer camps and other special events for children and adults alike throughout the country by providing a variety of inflatable bouncy castles and other similar entertainment play devices for his clients.

But running a small business in Judea and Samaria can be difficult with all of the politics involved in being a Jewish company based on the other side of the so-called “Green Line.” Whether Israelis themselves or those from countries abroad, some make it a point not to patronize businesses in the area.

One organization founded within the past year, however, has stepped up in order to provide the Jewish residents of Judea, Samaria and the Jordan Valley with the opportunities and tools to grow and thrive.

Known as “Bikurim: The Economic Zionist Initiative,” its mission is to develop and deliver technology tools required for family-run small businesses to widen their consumer markets and attract more customers.

In Goldberg’s case, Bikurim subsidized the cost for Luna-na’s newly polished website to attract the public to the company’s party-rental services. Bikurim now manages their website as well.

Bikurim was founded last December by Gedaliah Blum, an entrepreneur and Israel advocate who lives with his family in the Binyamin (southern Samaria) community of Eli.

Blum told JNS that Bikurim is an apolitical organization “aimed to strengthen and solidify the Jewish people’s place within Judea and Samaria.”

He explained, “We are focused on building up the economy and integration of Judea and Samaria throughout Israel and internationally. Economic strength has been a leading force for our growth and leverage in the world.”

Gedaliah Blum, the founder and director of Bikurim. Credit: Courtesy.

“We are looking to take that initiative, and bypass the political discussions and responses to negative policies against us,” said Blum.

While he recognizes the importance of hasbara—defending Israel through public diplomacy—he also pointed out that “instead of reacting, we are proactive. They say that politics is downstream of culture. If your first point of reference is to discuss politics, they have already formulated their politics through their culture, whether through media, movies, travel, etc.”

He added that “part of our economic Zionist initiative is to focus on culture—on the positivity of what Judea and Samaria has to offer to the world; how integral the region is to our people and our heritage and for those who subscribe to Judeo-Christian values. Without it, essentially, is like someone walking around without a heart.”

“Small businesses are what allows people who work from their home communities in that part of the country to stay there and gives them the chance to thrive.”

In addition to subsidizing the cost of web design, along with eCommerce platforms for small businesses, the organization helps fund marketing materials in order to create self-sustainability and independence on behalf of its clients. It also works to promote businesses through an online business directory focused on companies in Judea and Samaria, and is in the process of launching a new tourism booking site called “Go East” that will feature lodging options, restaurants and other entertainment experiences throughout the region.

Blum said the Bikurim initiative has taken off, with a broad range of supporters from countries around the world donating to the cause on a monthly basis.

For example, Blum said a donor from an African country who is a devout Christian sends in $2 a month because he wants to be part of “the restoration of the Jewish people in their homeland.” And at the same time, he has a very wealthy hedge-fund manager from the United States who donated a significant amount of money towards the project.

Goldberg was grateful for Bikurim’s help on his website, telling JNS “it’s simple Zionism to help Jews make a living and build the land, especially in Judea and Samaria.”

“Making a living is so important, that’s what keeps us here,” he added. “The economy rolling is like the oil in the wheels, there nothing more important to help businesses in Judea and Samaria; it’s a big mitzvah.” 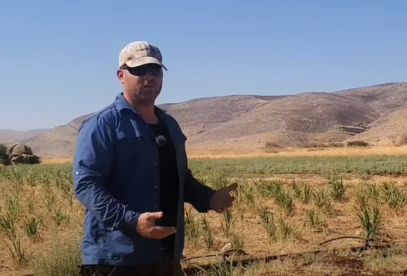 ‘Maintain continuity in this area’

Alisa Chessler, a single mother from Palm Beach, Fla., told JNS that when she learned about Bikurim’s mission through social media, “it touched my heart.” She started off as a monthly donor to the organization, but after connecting with Blum decided that she wanted to play a bigger role in helping Bikurim thrive.

Dedicating her time as a volunteer, Chessler is helping to create awareness about the organization in the United States and is even assisting in establishing a U.S. board of directors for the organization.

She insisted that “economic Zionism is the future, and I sincerely believe that future generations need to be involved now.”

Chessler said “80 percent of the Torah takes place in Judea and Samaria. It is the heartland and the homeland of the Jewish people. It is important to ensure that we maintain continuity in this area.”

“Small businesses are what allows people who work from their home communities in that part of the country to stay there and gives them the chance to thrive,” she said. “I’m honored to be able to help families living where it is not always the easiest environment.”

Blum expounded on that idea, saying that “without Judea and Samaria, we don’t have legitimacy in Tel Aviv or Beersheva historically because the center of Jewish life before we were exiled [by the Romans] was Judea and Samaria. Whether you are on the far-left or far-right, we all speak about returning to our land after 2,000 years of exile.”

“This is the land,” he said. “We need to invest in it and ensure families can support themselves, and that small businesses are self-sustainable.”