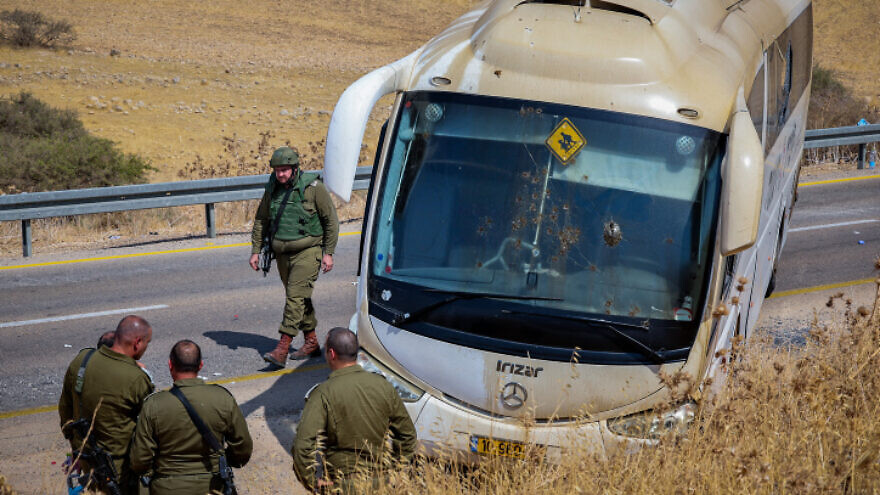 (January 15, 2023 / JNS) A bus carrying Israelis along the Route 60 highway in Judea came under gunfire on Sunday.

Nobody was injured in the apparent attack, although the bulletproof vehicle sustained damage.

The bus was traveling from Kiryat Arba, located adjacent to Hebron, to Jerusalem.

Authorities closed the highway in both directions following the incident, with the IDF saying it was investigating.

Earlier Sunday, a Palestinian man was killed by Israeli forces after attacking them with a knife near Ofra in Samaria.

The Israeli troops were being stoned by Palestinians when the assailant exited his vehicle and charged at the force, attempting to take one of the soldiers’ weapons.

That attack came just hours after two Palestinian terrorists were killed while attempting to carry out a drive-by shooting against soldiers near Jaba, 5 miles southwest of Jenin in Samaria. The terrorists were named as Amjad Adnan Khalilia, the head of Islamic Jihad’s ordinance unit, and Wa’iz a-Din Basim Hamarah.