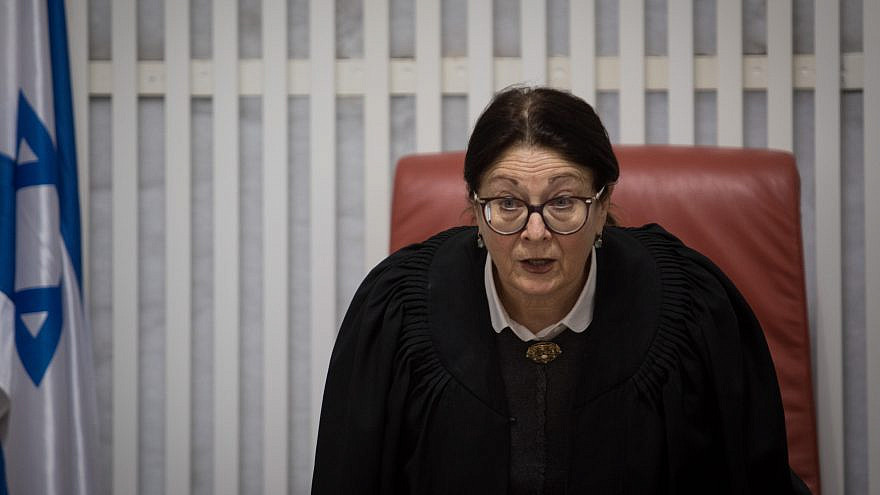 (March 1, 2021 / JNS) The Israeli Supreme Court on Monday issued a bombshell ruling that recognized conversions by the Reform and Conservative movements in Israel, therefore enabling Israeli citizenship under the “Law of Return.”

The 8-1 ruling, which ended a 15-year legal battle, effectively overturns the Orthodox monopoly of conversions in Israel, which has long been a point of contention among non-Orthodox streams in the country with several people filing petitions to the court back in 2005.

Israeli justices said that Israeli lawmakers had failed to act on a law regarding non-Orthodox conversions during the intervening 15 years and therefore they decided to act.

“We refrained from issuing a ruling in order to allow the state to advance legislation on the issue,” wrote Justice Dafna Barak-Erez.

The dissenting judge in the case, Noam Sohlberg, said while he agreed with the “legal conclusion of the verdict,” he believed that the Knesset should be given more time to act.

Until Monday, Reform and Conservative conversions performed in Israel were not recognized for purposes of obtaining citizenship under the “Law of Return.” Orthodox and non-Orthodox conversions conducted abroad are recognized.

The ruling touched off a political firestorm in Israel with right-wing religious politicians slamming the decision, and secular and left-wing groups praising it.

Aryeh Deri of the Shas Party said that the court’s ruling is “a mortal blow to the Jewish character of the state” and vowed to introduce legislation to overturn its ruling.

Naftali Bennett of Yamina similarly vowed to advance legislation on the issue, saying that the Supreme Court “is intervening in government decisions and forgetting its role.”

‘We all need to live here together’

“Israel must have complete equality of rights for all streams of Judaism—Orthodox, Reform, Conservative,” he said. “We all need to live here together with tolerance and mutual respect.”

Similarly, Avigdor Lieberman of Yisrael Beitenu hailed it as a “historic” decision and promised that his party will “continue to battle religious coercion and to preserve the State of Israel’s characters as Jewish, Zionist and liberal state.”

Israeli Prime Minister Benjamin Netanyahu did not immediately issue a statement on the ruling.

Israel’s two chief rabbis, however, took no time in denouncing it.

Sephardi Chief Rabbi Yitzhak Yosef called the decision “regrettable,” saying it would lead to “thousands of gentiles among the people of Israel.” Ashkenazi Chief Rabbi David Lau said “those who converted through Reform conversions and the like are not Jewish. No High Court decision will change that fact.”