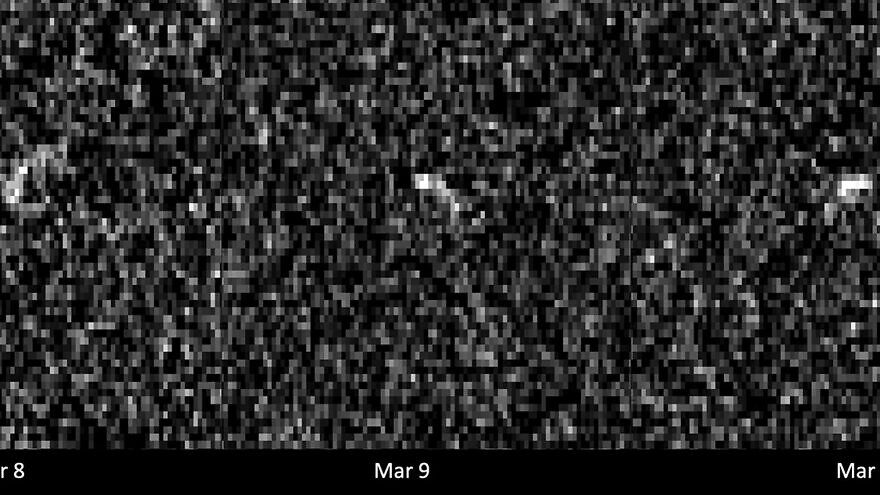 Images of asteroid Apophis recorded by radio antennas at the Deep Space Network’s Goldstone complex in California and the Green Bank Telescope in West Virginia. The asteroid was 10.6 million miles (17 million kilometers) away, and each pixel has a resolution of 127 feet (38.75 meters). Credits: NASA/JPL-Caltech and NSF/AUI/GBO.
Spread the word.
Help JNS grow!
Share now:

Polishook also led the spectral measurements made by the NASA Infrared Telescope Facility (IRTF) in Hawaii, to classify the asteroid’s composition and mass, Weizmann said in a statement. He also made observations from the Wise Observatory near Mitzpe Ramon, Israel, to measure another asteroid’s shape and rotation rate.

A statement by NASA on Tuesday said that the exercise was coordinated by the International Asteroid Warning Network and NASA’s Planetary Defense Coordination Office.

“The exercise confirmed that, from initial detection to follow-up characterization, the international planetary defense community can act swiftly to identify and assess the hazard posed by a new near-Earth asteroid discovery,” said NASA.