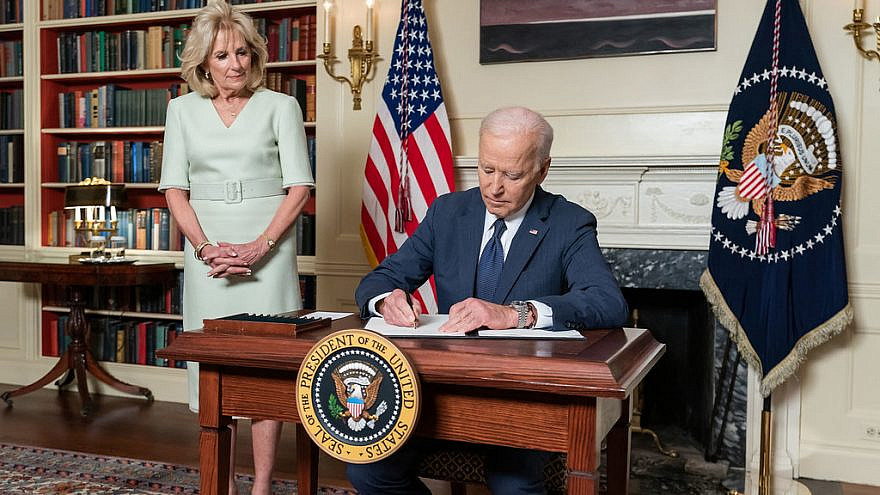 (April 27, 2021 / JNS) Jewish organizations responded positively to the United States officially recognizing as a genocide the killing and deportation of more than a million Armenians living in the Ottoman Empire in the early 20th century.

The declaration was made on April 24 by U.S. President Joe Biden as part of following through on a campaign promise concerning an issue previous administrations have avoided so as not to inflame tensions with Turkey, a NATO ally in the Middle East.

“The American people honor all those Armenians who perished in the genocide that began 106 years ago today,” Biden said in a statement. “We affirm the history. We do this not to cast blame but to ensure that what happened is never repeated.”

“The mass violence suffered by Armenians in the early part of the 20th century not only deserves remembrance, it necessitates it. These unthinkable atrocities, which cannot be denied or justified, caused immeasurable human suffering in their own time,” read a statement to JNS from the organization. “It is particularly regrettable that such controversy has been attached to a historical chapter that should inspire only memory, mourning and empathy. Our continued thoughts are with those whose lives were taken in the last years of the Ottoman Empire. It is critical that the entire international community, without exception, commit itself to standing against every form of injustice and persecution.”

Mort Klein, national president of the Zionist Organization of America, said in an interview that such a designation was apt. 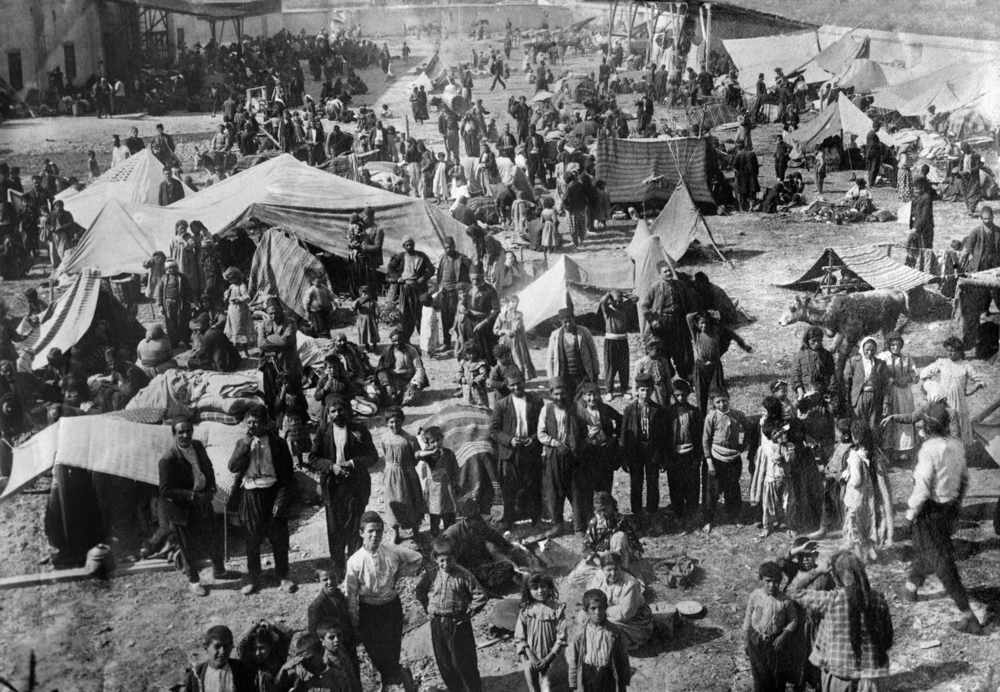 Klein remembered a call he received more than a decade ago from the leader of a major Armenian American organization, asking him as the ZOA president to publicly recognize the historical event as a genocide.

He said that he agreed, but only if the Armenian leader at the same time acknowledge and condemn the Palestinian Authority for promoting violence against Jews and Israel in its schools, media and speeches.

At that time, said Klein, the Armenian leader would not condemn the P.A., so Klein did not formally make a statement on the topic.

Other major Jewish organizations also weighed in on the designation.

“It’s essential to protect historical truth. And it’s equally essential to draw the lessons from historical truth. As early as 1950, American Jewish Committee leaders testified before the U.S. Congress in favor of the Genocide Convention, citing the ‘extermination of the Armenians’ at the hands of ‘the Turkish rulers,’ and drawing a direct line from that genocide, which went unpunished, to the Holocaust,” David Harris, CEO of the American Jewish Committee, said in a statement.

“Moreover, to this day,” he continued, “Turkey seeks to deny responsibility for the annihilation of approximately 1.5 million human beings and threaten those who acknowledge the genocide. AJC cannot sit idly by and allow that outrageous denial to take root. And next, by the way, it could be about the Holocaust.

As expected, the announcement was met with hostility by Turkish officials, with the Turkish Ministry of Foreign Affairs publishing a news release on the same day a Biden’s proclamation, condemning the move in “strongest terms” and saying that it was the result of pressure from “radical Armenian circles.”

“On this occasion, we once again commemorate the cherished memories of the individuals from all the Muslim, Christian and Jewish communities of the Ottoman Empire, who lost their lives under the extraordinary conditions of the period before and during the First World War,” said the Foreign Ministry statement. “After more than a hundred years of this past suffering, instead of exerting sincere efforts to completely heal the wounds of the past and build the future together in our region, the U.S. president’s statement will not yield any results other than polarizing the nations and hindering peace and stability in our region. This statement of the U.S., which distorts the historical facts, will never be accepted in the conscience of the Turkish people, and will open a deep wound that undermines our mutual trust and friendship.

“We call on the U.S. president to correct this grave mistake, which serves no purpose other than to satisfy certain political circles and to support the efforts aiming to establish a practice of peaceful coexistence in the region, especially among the Turkish and Armenian nations, instead of serving the agenda of those circles that try to foment enmity from history.”

‘Tell the truth about the Palestinian Authority’

The day prior to the announcement, the Turkish foreign ministry published a statement concerning the riots in Jerusalem, placing all blame on what the statement called “racist groups living in the illegal settlements on the occupied Palestinian territories.”

Klein said he was not worried that Biden’s words would create tensions between the United States and Turkey, as Turkish President Recep Tayyip Erdoğan has for some time shown hostility towards Israel and the United States.

“As far as I’m concerned, Erdoğan is an enemy of the West, which includes America and Israel. And when you’re dealing with terrorist dictators like Erdoğan, it’s never good to appease them, especially when you’re dealing with the truth of the Armenian genocide,” said Klein. “I think it is appropriate to let Erdoğan know that we’re not intimidated by him, we’re not going to appease him, we’re going to tell the truth, and he doesn’t deserve our respect in the way that he relates to Israel and the way that he relates to the West.”

While Klein supported Biden’s decision, he said that the president now needs to tell the truth about Palestinian aggression against Israel, with the P.A. continuing to glorify terrorists, naming schools, sports teams, streets and children’s camps after them.