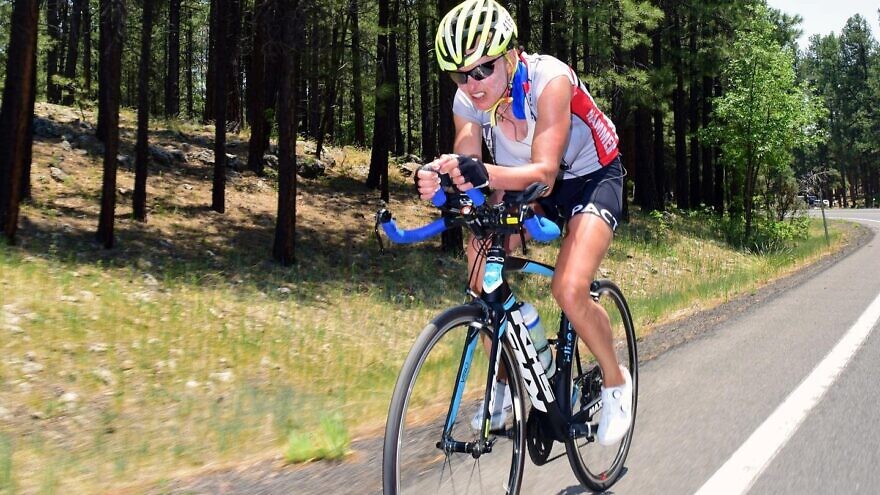 (July 12, 2021 / JNS) A Jewish Canadian cyclist became the first woman to win the overall solo division of Race Across America (RAAM), the ultra-distance cycling competition, reported The Times of Israel.

Leah Goldstein, 52, crossed the RAAM finish line in Annapolis, Md., on June 26. As the “world’s toughest bicycle race,” according to its website, RAAM spans 3,000 miles and across 12 states between the Pacific and Atlantic coasts.

She survived days and nights of 95 degrees and up to 104 degrees Fahrenheit, extreme temperatures that caused all but three of her competitors to drop out of the race.

“I’ll probably do RAAM again and try to do it in 10 days. I think I have it in me,” she told The Times of Israel.

The Canadian-born daughter of Israeli parents won RAAM women’s solo division in 2011. In 2019, she came in second in the women’s division and fifth overall. For this year’s race, she competed in a qualifying 500-mile race and set a new women’s record, beating her own record by seven hours.

After reaching the finish line in Annapolis, Goldstein returned home to Vernon in British Columbia for some rest before she returns to racing later this year.