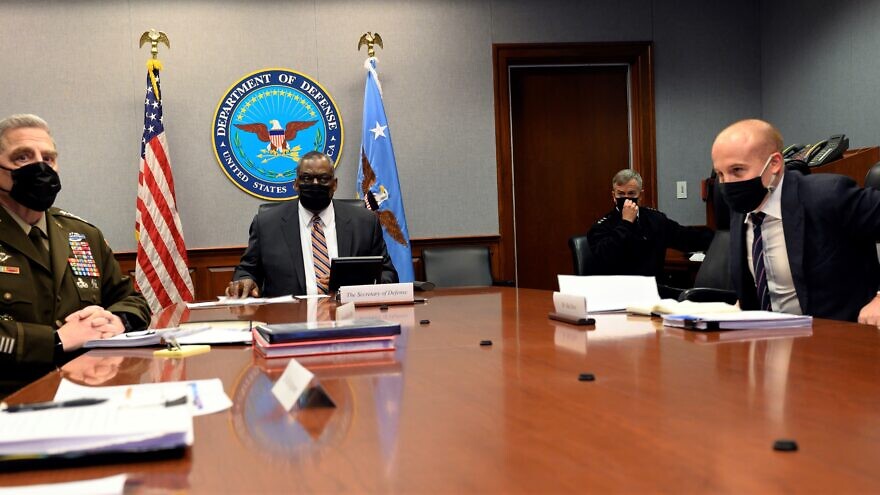 Rose, 35, who is Jewish, and represented Staten Island and parts of southern Brooklyn, N.Y., defeated incumbent Republican Congressman Daniel Donovan in the 2018 midterm elections. The district includes approximately 80,000 Jews or 11.84 percent of the population.

He served only one term before losing to Rep. Nicole Malliotakis (R-N.Y.) in the 2020 election, with Malliotakis securing 53.1 percent of the vote to Rose’s 46.8 percent.

“I’m running for Congress in NY11 because I can’t sit by while Republicans tear us apart just to hold onto power,” he tweeted with a campaign video that starts with a scene from his concession speech. “The America we believe in is possible—one that is safe, affordable and fair. All we need are leaders willing to risk it all to fight for it.”

Since January, Rose has served as special assistant to U.S. Defense Secretary Lloyd Austin as a senior adviser working on tackling COVID-19

While in Congress, Rose chaired two hearings of the House Committee on Homeland Security on anti-Semitic violence after a series of anti-Semitic attacks on Orthodox Jews in New York and New Jersey, according to his 2020 campaign website platform.

In his 2018 platform, Rose said he supported Israel and was “firmly committed to a two-state solution to the Israeli-Palestinian conflict through U.S. support of direct, bilateral negotiations aimed at resolving conflict and regional discord.”

In September of 2020, he joined fellow Democrats in a letter urging to Trump administration to maintain Israel’s Qualitative Military Edge in response to advanced weapon sales, such as F-35 fighter jets, to the United Arab Emirates. He also co-sponsored a bipartisan resolution in support of the Abraham Accords.