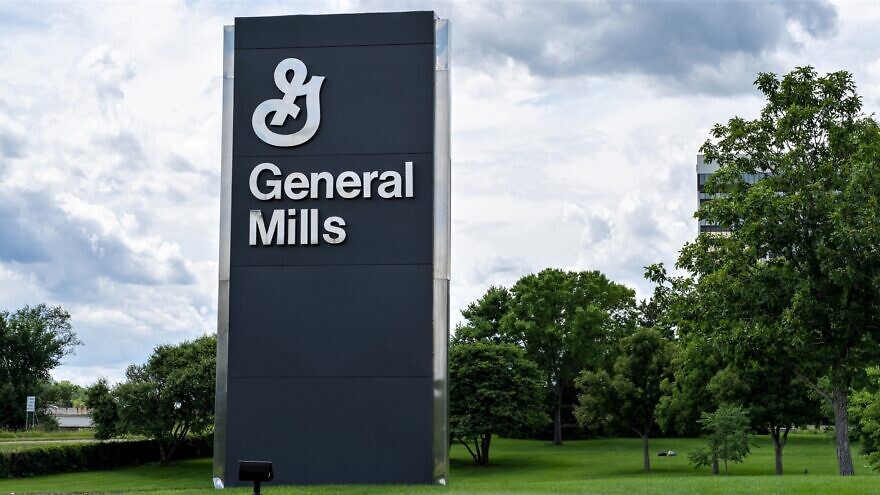 (August 29, 2022 / JNS) After the Jewish investor network, JLens placed General Mills on its “Do Not Invest” list, it says the conglomerate is partially reversing its decision to remove its subsidiary Pillsbury brand entirely from Israel, months after selling its stake in a Jerusalem refrigerated-dough manufacturing plant.

JLens CEO Julie Hammerman told JNS that her organization “spent the past couple of months engaging in dialogue with General Mills and also doing our own research.”

Hammerman said that after sending people into grocery stores in Israel to survey shelves and see what Pillsbury products were available, and after talking to business people in Israel, “it seemed as though there was a de facto boycott of Israel going on.”

“We had asked for information about the products that Pillsbury was selling in Israel, other than refrigerated dough,” said Hammerman. “Through our research, we found they were pulling the entire brand of Pillsbury from Israel and concluded, in our opinion, they were acquiescing to the extensive BDS campaign that’s been waged against the company.”

After JLens placed General Mills on its “Do Not Invest” list, the company responded with an Aug. 17 statement titled “Update on Our Israel Business,” saying, “We tailor our brand presence based on local tastes, business strategies and performance. … We felt it was time to sell our stake in a joint venture in Israel, which principally marketed dough products under the Pillsbury brand, as well as other non-dough Pillsbury products, which accounted for only 2% of sales. That sale was consistent with our overall business strategy,” the statement read. “We look forward to bringing more products to Israeli consumers which will be distributed without restriction and in full alignment with our values of non-discrimination.”

Hammerman says the conglomerate has reversed course, at least in part, and has pledged to continue to sell some of its Pillsbury products in Israel. She told JNS that while JLens is “pleased that the company is willing to make changes based on the concerns JLens raised, given that General Mills has repeatedly shared false information with us, we have requested and are awaiting additional information to assess the company’s decision-making with respect to Israel.”

Hammerman says General Mills has not yet provided JLens with a list of the Pillsbury products it intends to keep selling in Israel but wrote to JLens on Aug. 22 that it is “now making a clear, public commitment to continue the sale of Pillsbury products in Israel after we exit the dough business next year.”

On Aug. 22, the company edited the previously released Aug. 17 public statement to that effect, saying “Sales of Pillsbury products in Israel will continue after we exit the dough business next year.” General Mills also said in the statement that it is “actively” exploring bringing more of its brands to Israel.

Hammerman went on to say that General Mills told her that it will continue to sell its other brands in Israel, including Häagen-Dazs ice-cream and Nature Valley granola snack bars.

In May, General Mills sold its stake in a Jerusalem plant, where it had manufactured Pillsbury refrigerated dough products in a joint operation with Israeli investment group Bodan Holdings.

The plant is located in the Atarot industrial zone in the eastern part of Jerusalem, which the international community labels as “occupied Palestinian territory.”

Because of the plant’s location, General Mills was placed on a controversial 2020 U.N. Human Rights Commission blacklist of companies doing business with Israeli settlements.

It was also targeted by the BDS movement, which claimed credit for General Mills’ divestment from its Atarot operations.

Hammerman says that Lee Anderson, General Mills’ vice president of government and public affairs, told JLens in a meeting on June 6 that the company will ask the United Nations to remove them from the blacklist, as General Mills sees no reason it should remain on it following the sale of the stake in the Atarot plant. General Mills did not respond to multiple attempts by JNS to confirm the details of that meeting.

However, the company released a statement days later, emphasizing that the move was not political but part of a larger shift away from refrigerated dough products outside of North America.

“We have made clear the global business strategy that drove this decision. Any claims by others taking credit for this decision are false,” read a statement from General Mills. “We continue to sell our products in Israel and look forward to continuing to serve Israeli consumers with our other brands.”

According to JLens, Pillsbury products have a 25-year history in Israel and are made in more than 20 factories throughout Israel.

General Mills did not respond to requests from JNS to discuss its Israel marketing and distribution plans or provide statistics on product sales; neither did Pillsbury’s marketer, Hometown Food Company.