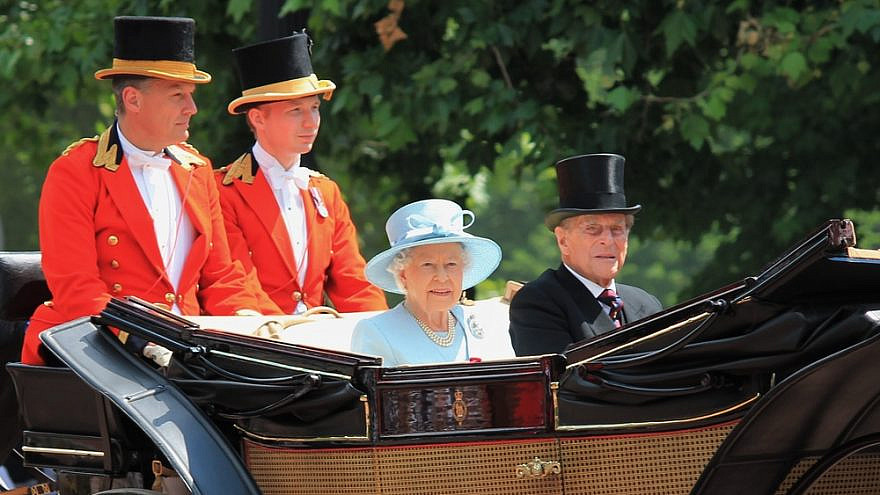 (April 9, 2021 / JNS) Buckingham Palace announced on Friday the death of Prince Philip, 99, the Duke of Edinburgh—husband to Queen Elizabeth and father to Prince Charles, Prince Andrew and Prince Edward.

Chief Rabbi of the United Kingdom Ephraim Mirvis called Philip a “selfless and loyal public figure” who offered his “steadfast support to the Queen” and “exceptional service to our nation.”

He also said that he immensely enjoyed his personal conversations with Philip and was “deeply moved by his extraordinary sense of duty.”

“We remember the Duke’s interaction with, and affection for, the Jewish community in the U.K. and his connection with Israel, where his mother is buried, and which he visited in 1994.”

Philip’s mother, Princess Alice, is buried in Jerusalem and recognized as a “Righteous Among the Nations” by Yad Vashem for sheltering Jewish refugees during World War II while in Athens. Philip was born on the Greek island of Corfu on June 10, 1921.

Marie van der Zyl, president of the Board of Deputies of British Jews, praised Philip for his service during World War II and for the “tens of thousands of engagements which he carried out over six-and-a-half decades of royal duties.”

She said, “Our thoughts are with the Royal Family today; it is our sincere hope that their memories of Prince Philip will be a comfort to them in the period ahead.”

Jonathan Goldstein, chair of the Jewish Leadership Council, noted the “many happy members of his engagements with the Jewish community.”

Israeli Prime Minister Benjamin Netanyahu offered his condolences to Queen Elizabeth and her family, calling the Duke a “consummate public servant who will be much missed in Israel and across the world.”

He wrote on Twitter: “My deepest condolences and heartfelt sympathy to HM Queen Elizabeth II, HRH The Prince of Wales, the @RoyalFamily and the people of the United Kingdom on the death of HRH Prince Philip, Duke of Edinburgh. May his memory be a blessing.”