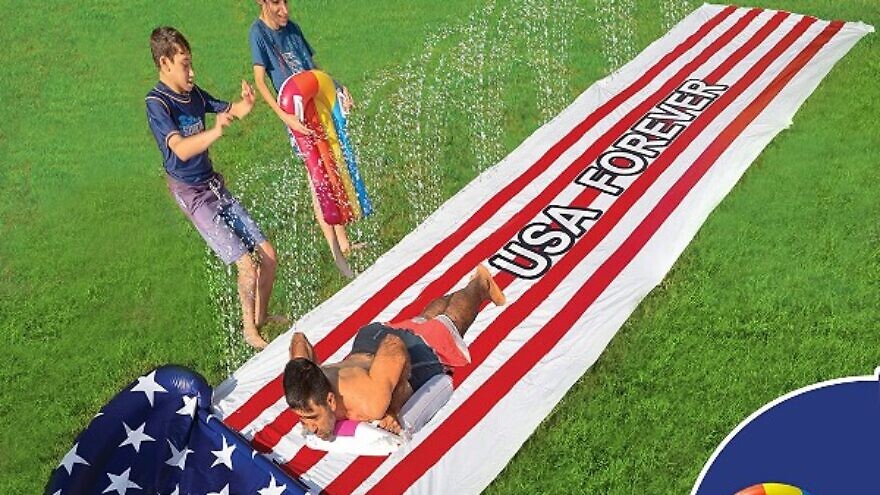 Each contained at least 50 wooden puzzles or a few water slides that feature the American flag. The toys are from the Ninostar brand, and some are currently sold on Amazon by a Tel Aviv-based company called AA Media.

“I came in here one morning, and there were like 30 boxes,” Deborah Landesman, the preschool’s assistant director, told the Post.

Once the Amazon boxes began overcrowding the preschool’s lobby, and it realized its students were too young to use the puzzles or slides, the Chabad center donated the items to the nearby Eisman Day Nursery School. The nursery school said it plans on giving the toys to parents and possibly using the slides during the summer months.

Rabbi Uriel Vigler, co-director of the Chabad Israel Center of the Upper East Side with his wife, Shevy, said they will continue to donate the toys as they arrive. The two oversee the preschool.

“Everything happens from God. So, if it’s God who wants it, we will pass on the good,” says Vigler.

Amazon told the Post it believes the seller was trying to donate the toys to the preschool, meaning the packages were no mistake. The company added that it has investigated the shipments, and a spokesperson said “within hours, we flagged these deliveries and have stopped any others from being sent to the school from this seller.”