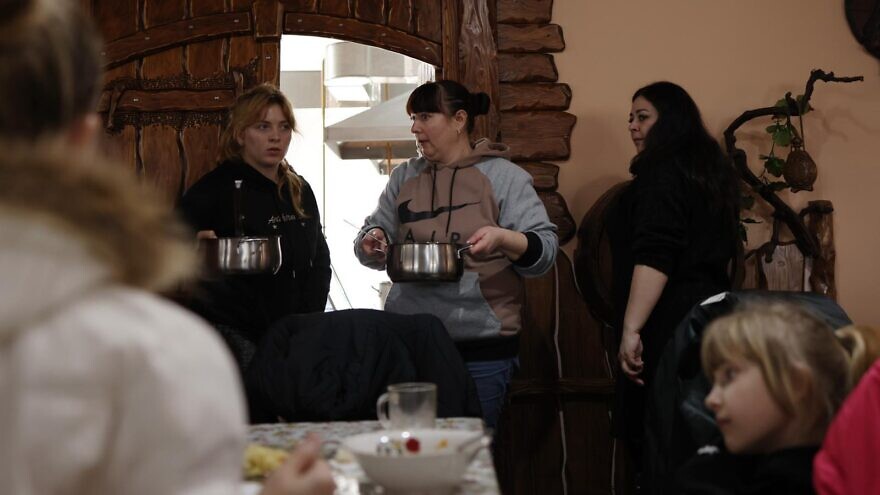 (March 6, 2022 / JNS) Some 5,000 Jewish refugees have reached safety in Moldova, a small country wedged between Ukraine and Romania. A fraction found shelter at the Dacia Marin recreation center, 15 miles east of the capital Chisinau. Used as a summer camp, the 280-bed facility, leased by the American Jewish Joint Distribution Committee and the International Fellowship of Christians and Jews (IFCJ), was overflowing on Wednesday. While it made an ideal rest stop for those who a day before had fled a war zone, the guests were preoccupied with the next big question: Where to now?

Benny Hadad, the IFCJ’s director of aliyah and absorption, told JNS that about half were either planning to move to Israel or thinking about doing so. Some 300 Jewish immigrants from Ukraine on three separate flights were already scheduled to fly to Israel on Sunday, part of a joint operation led by the Immigration and Integration Ministry, the Jewish Agency for Israel and the IFCJ. About 100 immigrants from Ukraine arrived in Israel on Feb. 20 aboard two flights sponsored by the Jewish Agency and the IFCJ, which pledged an additional $3 million on Sunday to assist Ukraine’s Jewish community.

Most of those at the summer camp facility said they were planning to make aliyah. Jacob and Simcha, a couple who left Odessa with their 16-year-old daughter, were divided about what to do. Jacob wanted to wait at least a month. His wife said they should immigrate to Israel immediately. They were trying to work out a mutually acceptable compromise, Jacob said.

“I believe the Russian invasion will stop in a month. But I also predicted that this invasion wouldn’t happen, so my powers of prognosis are not so well-regarded now, something which my wife frequently reminds me of,” he told JNS.

His wife, a psychiatrist, said she’s convinced (as are many of her colleagues in Europe) that Putin is a paranoid psychopath. Clearly affected by their traumatic flight to Moldova, she requested that no pictures be taken of them as she felt that could later be dangerous if they returned to Ukraine.

“I understand paranoids. I work with them,” she explained.

Still others had made up their mind to make aliyah even before the invasion. In the case of Oksana Yulistrova, 47, and her mother, Svetlana Kondertiuk, 67, who had intended to immigrate to Israel this summer, the war only sped up their plans. Even so, they were badly shaken. Most painful was that they had to leave Oksana’s grandmother behind. At 90 years old, she was in no condition to travel. 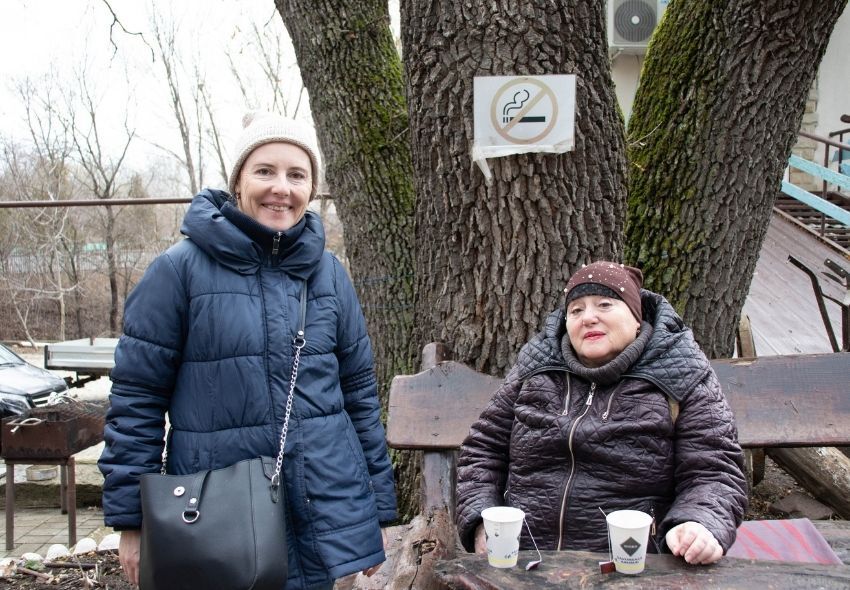 Oksana and Svetlana will likely receive their visas on Monday and make it to Israel next week, or at the latest the following week. Oksana, a widow, has two children in Israel—a son who finished his army service and a daughter who just entered the IDF. She has another son trapped in Ukraine due to rules about young men leaving the country in wartime.

Ludmilla Garber, 80, who established the first Jewish school in Odessa after the fall of the Soviet Union, will also make aliyah. Noting her father was killed during the Battle of Stalingrad, she burst into tears, telling JNS, “I don’t understand what’s happening in this world. The Russians saved me in World War II. Suddenly I need to flee from them.”

Following a grueling 18-hour trip to the border in a wheelchair, when asked what she would say to Russian President Vladimir Putin if she could meet him, she responded: “I wouldn’t say a thing. I’d shoot him.” 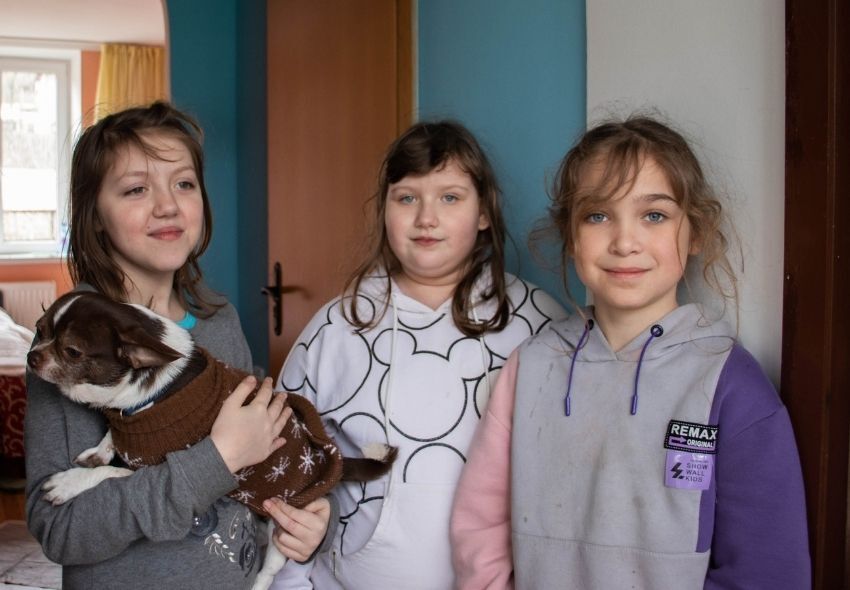 Sofia, Angelina and Tamara, three young children playing nearby, said they, too, are making aliyah. Their mothers were in Chisinau, at the Israeli embassy, to arrange for travel documents. Their fathers remain in Odessa. “My father gave me a kiss and said everything will be OK,” said Sofia. Angelina and Tamara nodded. Their fathers had said exactly the same thing. They were happy to be going to Israel.  Angelina and Tamara were only sad about not having brought their dogs, something which Sofia had the foresight to do.