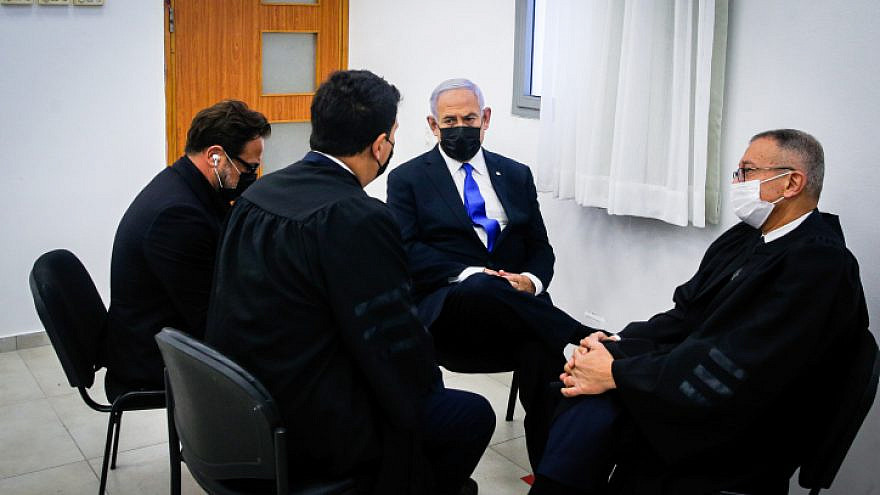 Ilan Yeshua is a key witness for the prosecution in Case 4000, in which Netanyahu is accused of bribery, fraud and breach of trust for allegedly promoting regulatory decisions that favored the interests of Shaul Elovitch, then the controlling shareholder of telecom giant Bezeq, in exchange for positive coverage in Walla, which was then owned by Bezeq.

The case against Netanyahu is headed by prosecutors Liat Ben-Ari and Yehudit Tirosh. Representing Netanyahu are attorneys Boaz Ben-Tzur and Amit Hadad. The case is being heard before a panel of three judges—Rivka Friedman-Feldman, Moshe Bar-Am and Oded Shaham. Legal proceedings are scheduled to continue every Monday, Tuesday and Wednesday for at least the next few weeks.

Yeshua was the first person called to the witness stand of a projected 300 people expected to testify in the trial, which legal experts have said could take up to three years.

According to Channel 12 News, Tuesday’s hearing began with Tirosh informing the court that Yeshua had received threats following his dramatic testimony the previous day.

The prosecution has handed the content of the threatening text messages to the police, she said, noting that the issue was not made public or disclosed to the prime minister’s defense team in real time so as “not to create drama or the appearance that we were contacting the witness.”

Judge Friedman-Feldman noted, “When a witness says he received such text it can affect his testimony. You have to alert the defense.”

Sunday saw Yeshua shed light on his dealings with Elovitch, who he said would give him direct orders regarding how to cover issues pertaining to the prime minister and his family.

He told the court that he was “instructed to downplay” negative items about Netanyahu and his wife, Sara, while highlighting items that helped boost the premier’s image.

“It was clear we were doing the PMO’s bidding. We were well trained,” he said, adding that despite “daily fights” with the senior editors at Walla over the issue, “90 percent of what they [Elovitch and the Prime Minister’s Office] asked for was done.

“In my 13 years there [as Walla CEO] all the requests I ever got from politicians put together were like one week of requests from Netanyahu,” he said.