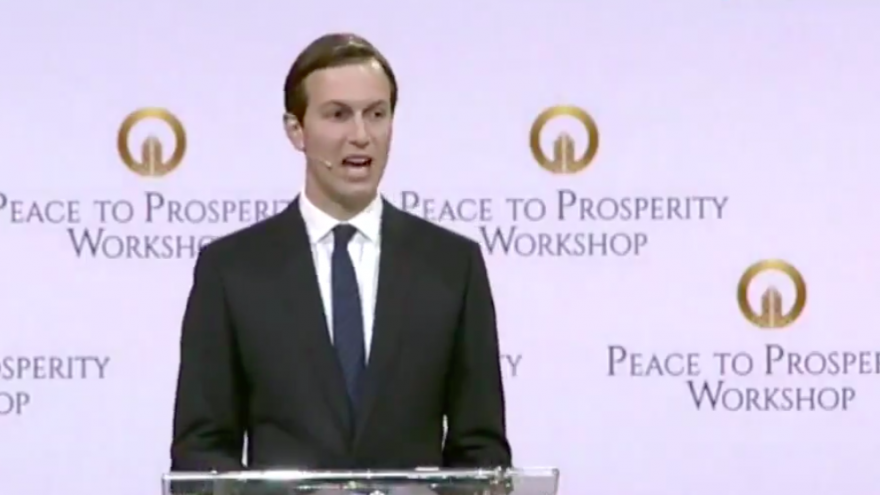 (September 11, 2020 / JNS) Senior adviser to the president Jared Kushner said he thinks the announcement by Bahrain and Israel to normalize ties will lead to greater understanding and cooperation between the people of both countries.

Kushner, who has helped to spearhead the Trump administration’s Middle East peace efforts, told JNS in a conference call with reporters on Friday shortly after the deal was announced that “there’s not been a lot of interaction between Israel and Bahrain.”

“We’ve been able to broker this breakthrough at the leadership level, and now people will now get together at the working levels to get to know each other, to start talking through some of the opportunities,” he continued. “But I can tell you there’s just a rush of excitement from people to get to know each other, to work together and to seize common opportunities, so I think it’s going to be quite exciting going forward.”

Kushner said there will be more details be unveiled as “different agreements get executed, and all their sub-agreements that need to be done to facilitate the commerce and the trade.”

U.S. President Donald Trump announced on Twitter on Friday that Israel and Bahrain agreed to establish “full diplomatic relations” as part of a “historic breakthrough to further peace in the Middle East.”

According to a joint statement, the two countries will “continue in their efforts in this regard to achieve a just, comprehensive and enduring solution to the Israeli-Palestinian conflict, and to enable the Palestinian people to realize their full potential.”

Last year, Kushner took part in the Trump administration’s unveiling of the economic component of its “Peace to Prosperity” vision at a June conference hosted by Bahrain.

In August 2019, Bahrain joined the U.S.-led coalition against to protect shipping in the Gulf against Iran, becoming the first Gulf state to do so.

Along with Saudi Arabia, Bahrain opened its airspace last week to flights between Israel and the UAE.

This week, Saudi Arabia and Bahrain agreed to open their airspace to flights east from Israel.

With Friday’s announcement, Bahrain becomes the fourth Arab country after the UAE, Egypt and Jordan to establish diplomatic ties with Israel.