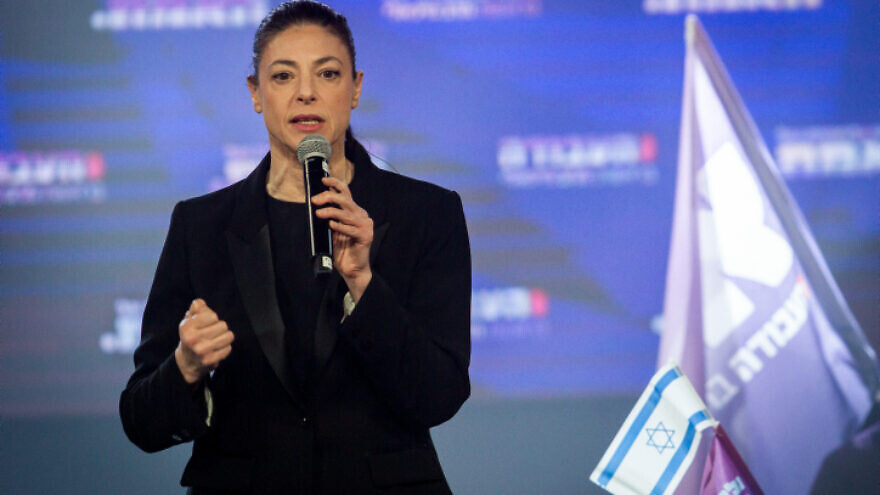 (October 24, 2022 / JNS) Israeli Transportation Minister Merav Michaeli said on Saturday that the West Bank, known in Israel as Judea and Samaria, would ultimately not belong to the Jewish state.

“It’s a shame to invest in a place that, at the end of the day, won’t be part of Israel,” said Michaeli during an exchange with an audience member on Channel 12.

She made the comment in response to a question asking why she had frozen transportation projects in Judea and Samaria.

Michaeli noted that while she had not cut existing transportation projects in Judea and Samaria, her ministry had not advanced any new ones.

Shlomo Ne’eman, leader of the Yesha Council, an umbrella group that advocated on behalf of Israelis living in Judea and Samaria, told i24News: “On November 1, a government will be elected that believes in our right to this land and nothing less than the fact that, unlike you [Michaeli], it will take care of the citizens of Israel in every corner of the country.”