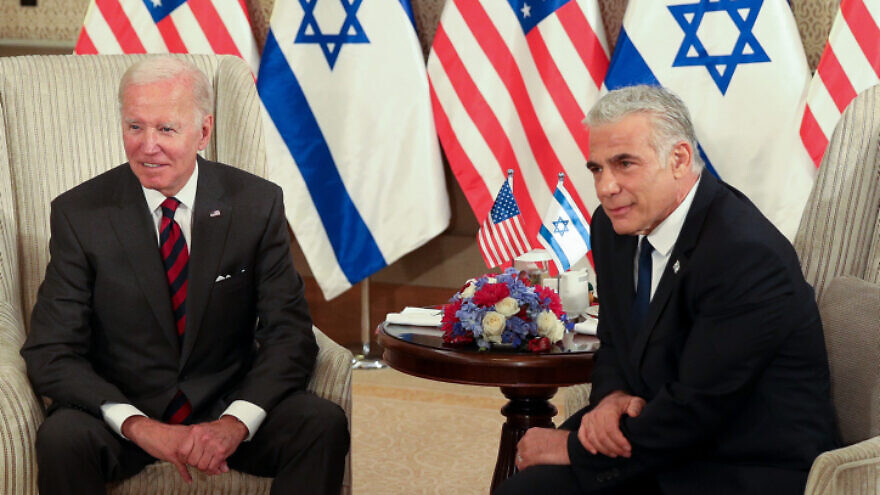 (August 31, 2022 / JNS) Israeli Prime Minister Yair Lapid and U.S. President Joe Biden spoke by phone on Wednesday and discussed the ongoing negotiations between the United States and Iran on a possible U.S. re-entry into the 2015 nuclear deal with Iran.

According to a press release from Lapid’s office, both leaders shared their commitment to stop Iran’s progress towards a nuclear weapon. Biden affirmed his commitment to the security of Israel and its right to defend itself.

Biden and Lapid also discussed Iran’s continued terrorist activity in the region with Lapid emphasizing the importance of the strikes he ordered against targets in Syria.

They also discussed advancing U.S.-Israel relations as part of the Jerusalem Declaration signed by Biden and Lapid during the president’s visit to Israel in July.

I just had a long conversation with my friend, @POTUS. I thanked him for his deep commitment to Israel’s security.

We discussed the threat posed by Iran’s nuclear program and terrorist activity.

Israel and the US are resolute in our shared commitment to prevent a nuclear Iran. pic.twitter.com/K8tEHR7Jmn

According to a statement later released by the U.S. embassy in Israel, the two leaders also discussed the “importance of concluding the maritime boundary negotiations between Israel and Lebanon in the coming weeks.”