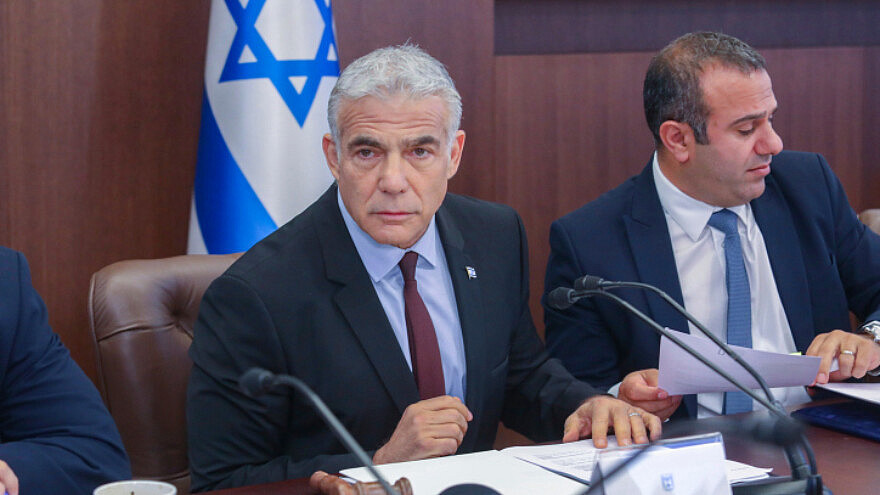 (November 3, 2022 / JNS) Prime Minister Yair Lapid called opposition leader Benjamin Netanyahu on Thursday evening to congratulate him on his victory in the election.

He informed Netanyahu that he had instructed all branches of government to prepare for an orderly transfer of power.

With more than 4.7 million votes officially counted, or more than 99.87% of the total ballots cast in Israel’s election, Netanyahu’s right-wing bloc secured 64 seats in the 120-member Knesset. Netanyahu hopes to form a coalition within two weeks, according to reports.

Lapid has come under harsh criticism from members of his own coalition for what they deem a disastrous campaign.