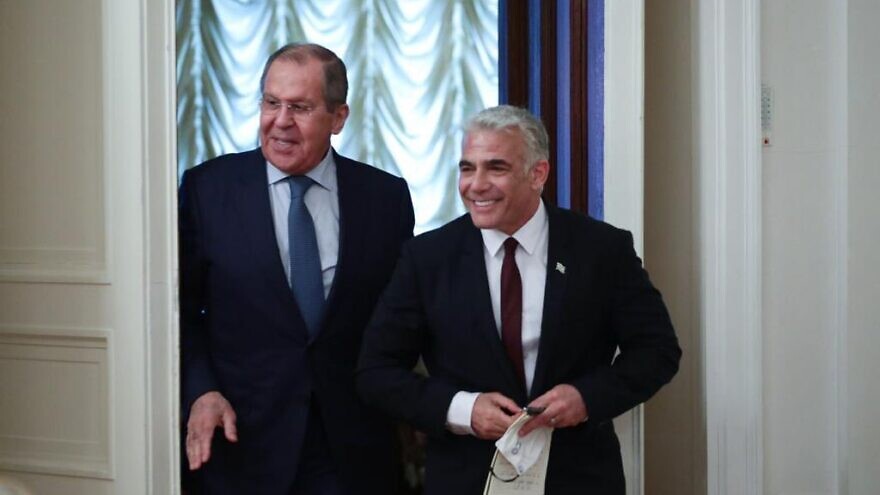 (September 9, 2021 / JNS) Israeli Foreign Minister Yair Lapid said during a state visit to Moscow on Thursday that the Jewish state reserves the right to act to stop Iran’s nuclear program.

After meeting with his counterpart, Russian Foreign Minister Sergey Lavrov, Lapid said during a joint press conference that “a nuclear Iran will lead to a nuclear arms race in the Middle East.”

As such, he called for a strong, clear message to be sent to the Islamic Republic.

He said “Iran’s march towards a nuclear weapon is not only an Israeli problem; it’s a problem for the entire world.”

Lavrov said Russia is opposed to Syrian territory being exploited for attacks against Israel or any other country. He added that Russian and Israeli military officers conduct continuous security dialogue on a daily basis regarding Syria, adding that such coordination has proven its efficiency.