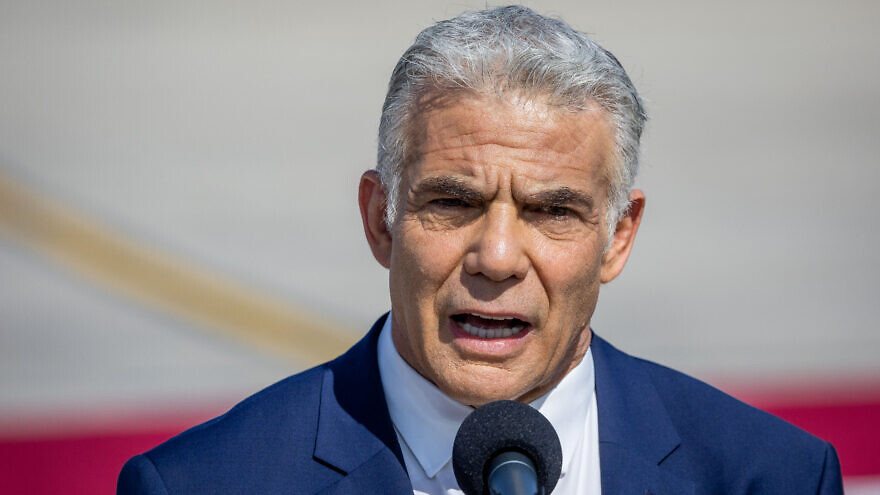 (October 19, 2022 / JNS) Israeli Prime Minister Yair Lapid said on Tuesday that if he is able to form a government following the Nov. 1 election, he would modify Israel’s Nation-State law, and ensure Jews cannot pray on the Temple Mount.

Lapid also reportedly said that if he retains his position after the upcoming national vote, then he would ensure that the religious “status quo” in Jerusalem is maintained.

“We will take care of the freedom of worship of Muslims at Al-Aqsa [mosque], who can go up to pray,” he reportedly said. “We allow Jewish visitors to ascend the mount, but not to pray. They ascend and the visits are under supervision to make sure that the status quo is not violated.”

Additionally, Lapid reiterated his support for the two-state solution, as outlined in his September speech at the U.N General Assembly.

“The whole world needed to hear it,” Lapid was quoted by Walla as saying on Tuesday, adding: “It is important to put on the table that the prime minister believes in a two-state solution for two peoples.”