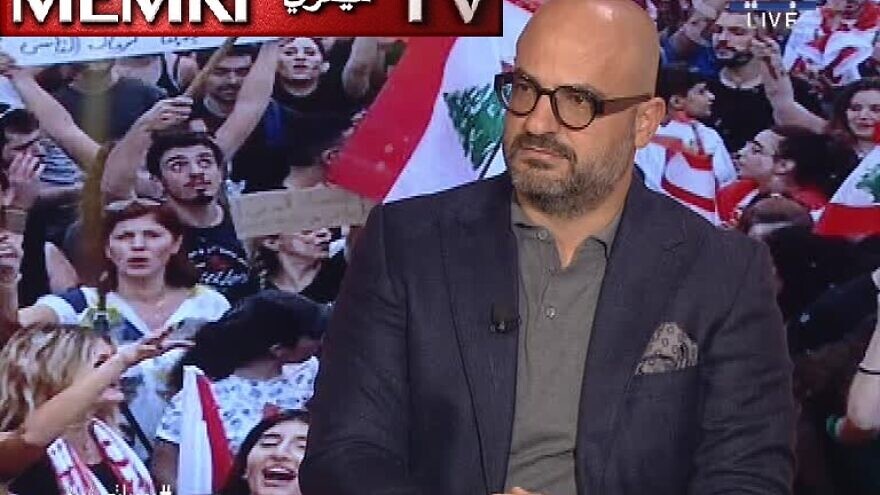 (May 19, 2020 / MEMRI) Since the 1960s, Israel has become a regional powerhouse, while Lebanon has regressed to the point where it is no longer a respected country, Lebanese journalist and political analyst Nadim Koteich in a recent interview.

“Aounism [support for Lebanese President Michel Aoun] is not a political phenomenon, it’s a disease. There is a mental illness called Aounism in Lebanon,” Koteich told Lebanon’s LBC TV on Saturday.

The only important criterion by which to judge the country’s performance, he continued, was the individual citizen’s share in the economy.

In response to the interviewer’s interjection that “people won’t like it that you talk about [Israel] as a state. It is not a state. It is a plundering entity,” Koteich was dismissive, saying, “[Those people] never like anything.”

“Israel has important shows on Netflix,” said Koteich. “This is soft power. We are talking about a scientific power, an economic power, a cultural power and a military power.”

In the 1960s, said Koteich, “Israel used to be a silly little country, and we were a respected country. This regression requires all of us to sit on their own and contemplate how we got here, and how we can get back to being what we were.”

People like Aoun and Hezbollah leader Hassan Nasrallah, he concluded, “definitely do not have the answer.”