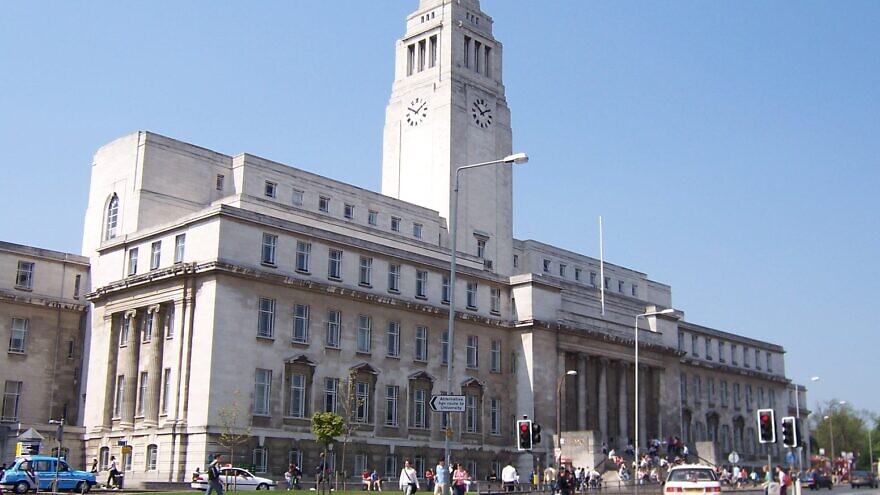 (July 31, 2022 / JNS) A Jewish former student is suing Leeds University in England for negligence, discrimination and victimization over the accusation she was given a “fail” on a sociology assignment for not criticizing Israel, reported the Daily Mail.

Danielle Greyman, 23, is arguing that she did not receive a passing grade on her essay about crimes committed by Hamas against Palestinians because she did not blame the Jewish state, according to the report.

Despite retaking the module and passing it, Greyman was unable to finish her undergraduate degree in time to begin a master’s course at Glasgow University, said the report.

In her original essay, Greyman referenced Hamas’s use of human shields, writing that the practice was “a betrayal of the Palestinian people by their government.” The adjacent moderator’s note said, “This ignores the fact that the Israeli state commits acts of violence.”

An external examiner that subsequently reviewed the essay determined that Greyman should have passed, the report said.

One of the markers of the essay was academic Claudia Radiven, who signed a petition defending scholar David Miller, who was fired by Bristol University over anti-Semitic comments, the Daily Mail reported.

Miller had called Jewish students the “enemy” who must be “targeted.”

Greyman was quoted as saying that she had “an entire meltdown” following the episode at Leeds University.

“I don’t think returning to sociology is an option, ” she reportedly said. “I can’t retrain in another subject, I’ve used my student loan, I’ve basically wasted this time in my life.”