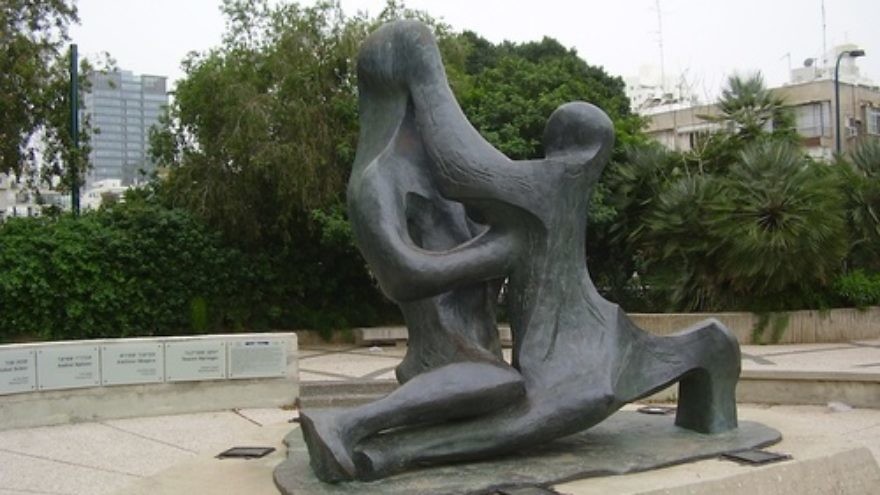 The gruesome revelations about the 1972 Munich Olympics terrorists castrating one of their Israeli victims is not just another horror story. There are important political and strategic implications.

The story of how a gang of Palestinian terrorists kidnapped and murdered 11 Israeli Olympic team members, one of them an American citizen, is well-known. The New York Times has now revealed additional details about how the terrorists savagely abused their victims, including castrating one of them.

The Munich attackers claimed to be members of “Black September,” as if that was some separate “extremist” group, in contrast with the supposedly more “moderate” Palestine Liberation Organization (PLO). But that was a fiction created for propaganda purposes. Fatah, the largest faction of the PLO, was responsible for the massacre. One of the Munich planners, Mohammed Oudeh—better known as Abu Daoud—was quoted in the Jordanian newspaper Al-Dustur in 1972 as saying, “There is no such organization as Black September. Fatah announces its own operations under this name so that Fatah will not appear as the direct executor of the operation.”

In those days, Fatah was chaired by Yasser Arafat and Mahmoud Abbas was the number two man. Today Abbas is chairman of Fatah, of the PLO, and of the Palestinian Authority. Abu Daoud wrote in his 1999 autobiography, “From Jerusalem to Munich,” that Abbas personally arranged the funding for the Munich attack.

I know that Martin Indyk, Dennis Ross, and the rest of the peace process crowd still insist that Abbas is more “moderate” than other Palestinian leaders. Yet Abbas and his Fatah movement have always treated the Munich murderers as heroes, and still do.

Amin el-Hindi, one of the Munich massacre planners, was hired by Abbas to serve as director of Palestinian General Intelligence. On the anniversary of the passing of Munich planner Ali Hassan Salameh, the Fatah home page called him a “martyr” (shahid) and declared that “his memory will remain forever in our hearts.” In Gaza—to which the U.S. gave $47 million in “humanitarian” aid last year—there is an elementary school, a junior high school for girls, and a sports stadium named after Salameh. In the PA town of El-Bireh (adjacent to the capital city of Ramallah), there is a sports complex called “The Martyr Atef Bselso Auditorium”; Bselso was one of the planners of the Munich attack.

The aforementioned Abu Daoud probably was the most notorious of the Munich planners. He was captured in France in 1977, but when the PLO complained about the arrest, the French authorities quickly released him. In the wake of the latest Arab terrorism in Paris, will the French finally recognize that appeasing terrorists doesn’t pay? Time will tell.

An English-language edition of Daoud’s autobiography was released in 1999 by the New York City publisher Arcade. Presumably Arcade sent Daoud royalty checks—meaning that he directly profited from his murder of an American citizen and the other athletes. Arcade should be ashamed itself. One can only hope that in the wake of the latest revelations about Munich, outraged citizens will urge Arcade (212-643-6816) to donate an equal sum to the victims’ families.

When Daoud passed away in 2010, Abbas sent his family a telegram of condolences, which read, “The deceased was one of the prominent leaders of the Fatah movement and lived a life filled with the struggle, devoted effort, and the enormous sacrifice of the deceased for the sake of the legitimate problem of his people, in many spheres. He was at the forefront on every battlefield, with the aim of defending the [Palestinian] revolution. What a wonderful brother, companion, tough and stubborn, relentless fighter.”

One wonders how much of a pension Abbas and the PA or Fatah provide to Daoud’s family. Shouldn’t an equal sum be deducted from the $500 million that the Obama administration sends to Abbas each year?

I will leave it to psychologists to analyze what cultural or personal factors would inspire an Arab terrorist to commit that specific type of atrocity. But nobody can deny that there is a grotesque and familiar pattern. Eyewitness accounts document the sexual mutilation of Jewish victims by Arab terrorists in the 1929 Hebron pogrom. The castration and worse of the Jewish defenders of Kfar Etzion in the 1948 war has been well documented. Amnon Rubinstein, education minister in Yitzhak Rabin’s administration, has written about the sexual mutilation of several of his captured comrades in the 1967 war. The grisly list goes on and on.

The point is that what the Munich killers did was not some aberration, but was part of a barbaric tradition among Arab terrorists, which Abbas and his Fatah movement chose to perpetuate. They are the ones to whom the Obama administration wants to give an independent, sovereign state just miles from Israel’s cities and airports.

And that is the final lesson of the Munich revelations: If someone wants to argue that Palestinian mutilators of Israelis deserve a state, then go ahead and make that argument—but stop telling us that they are moderates and peace-seekers. There can be no more illusions about their true nature. Their own actions speak for themselves.