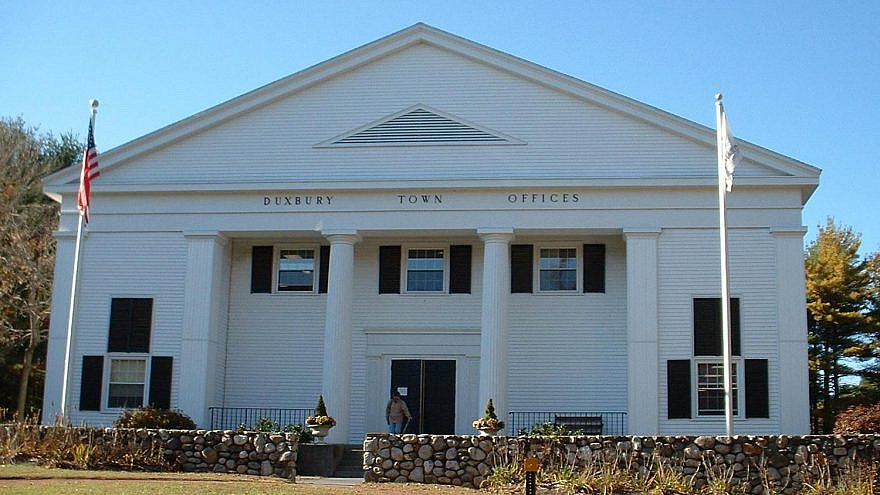 (March 25, 2021 / JNS) A Massachusetts high school fired its football coach on Wednesday and is investigating the use of anti-Semitic language by the team during a recent game.

Administrators at Duxbury High School said in an emailed statement that the school has “severed ties” with head coach Dave Maimaron and canceled this Friday’s football game.

Maimaron was also placed on paid administrative leave from his other role as a special-needs teacher at the school pending an investigation, according to The Associated Press. The high school also hired an attorney and investigator to assist in the investigation.

“The outrage is real, warranted, and we hear it,” read the statement. “The fact that members of our school community used such offensive language, including anti-Semitic language, is horrifying and disappointing.”

Duxbury Schools Superintendent John Antonucci confirmed on Tuesday that members of the school’s team “did, in fact, use anti-Semitic and potentially other inappropriate and derogatory language.”

The team reportedly used terms like “Auschwitz,” “rabbi” and “dreidel” while calling plays against Plymouth North High School during a March 12 game. The words were not, however, directed at the opposing team or an individual player, said Antonucci.

The statement noted: “We know from conversations, emails and online posts that many people want action now, and we appreciate that sentiment. However, we are still in the middle of an active investigation, and it is important that we get accurate information and facts in this case.”

Maimaron apologized in a statement this week, calling the language “careless, unnecessary and, most importantly, hurtful on its face—inexcusable.”

“On behalf of the staff and players of the Duxbury High School football team, I want to extend my apology for the insensitive, crass and inappropriate language used in the game on March 12th,” he said.