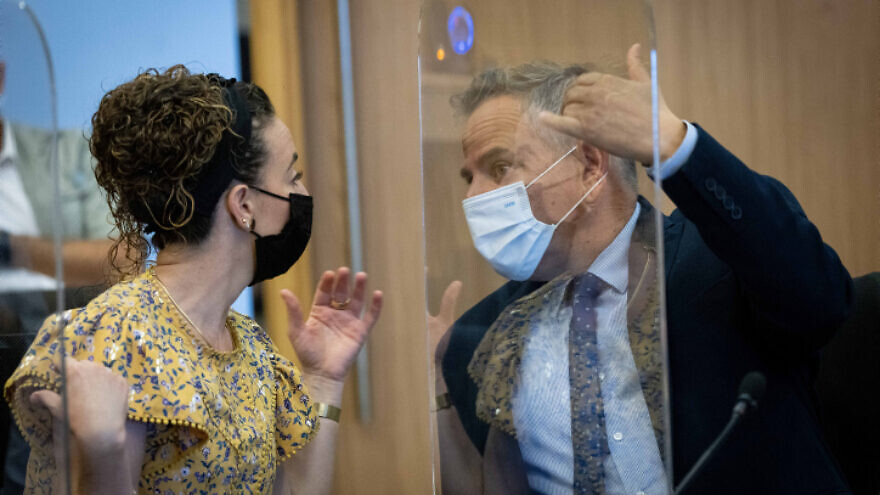 Silman’s resignation, which cost the coalition its Knesset majority, sent shockwaves through the government and led to questions about its ability to sustain itself.

One of the reported reasons for Silman’s decision to quit was a dispute with Horowitz over the enforcement and interpretation of a 1986 Israeli law banning the “presentation of leavened bread” by business owners during Passover.

The law had been interpreted to mean that hospitals must prevent visitors from bringing in leavened bread during the holiday. In 2020, Israel’s Supreme Court ruled that such a ban cannot be enforced by hospitals, and the issue has remained politically contentious.

According to Maariv, Horowitz, who had previously been vocal about allowing leavened bread into hospitals, has asked to discuss the issue, along with other areas of dispute, with Silman. He has also let her know he is open to solving the disputes in new ways, as part of a bid to convince Silman to reconsider her resignation, according to the report.

In her letter of resignation to Israeli Prime Minister Naftali Bennett, Silman said that she could “no longer bear the harm to values and to the flags” that she holds dear, the report said. Prior to her resignation, Silman told a Knesset Health Committee she chaired that “bringing leavened break into hospitals will severely violate a status quo and represents a lack of consideration of the feelings of the religious and traditional public in Israel.”

Bennett last week blamed her resignation on the opposition, accusing it of “months of verbal violence.”

“Idit was hounded for months. She also described the threats sent to [her husband’s workplace] and her children in Bnei Akiva. In the end, she simply broke down,” said Bennett.